What I Saw at Cisco Oslo

I recently spent a cold October day at Cisco Oslo. This office supports about 500 Cisco employees,  80 percent of which are engineering focused and about half of the engineers once worked at Tandberg.

OJ Winge, Previously of Tandberg, Cisco, and Acano, heads up collaborative endpoints from this office.  I met with OJ, Snorre Kjesbu, and a cast of supporting actors. Rowan Trollope also made a surprise appearance.

In addition to a tour of the executive briefing center and testing facilities, I was treated to  a preview of several upcoming products. I am sworn to secrecy on these, so I can only share general observations and conclusions.

Acano Lives: Cisco acquired Acano last January. The company was mostly based in Oslo and produced an MCU-like device that provided video interoperability as well as collaborative services known as Co-Spaces. The core Acano product disappeared soon after acquisition. The first appearance of the technology under the Cisco brand appeared last August with the updated Cisco Meeting Server – a software-based video bridge for premises-based installations. It was a bit anti-climatic as Cisco paid some $700 million from Acano. Despite the dropped hardware, it turns out Acano’s plans for new hardware is working its way through Cisco design-build. Software services from Acano are also headed for Cisco Spark.

Spark First: Cisco introduced SparkOS about a year ago as a means to make existing endpoints native devices to Spark. Last summer, the range of supported endpoints was significantly expanded. I wrote before how Cisco intends to bring its installed base of WebEx, UCS, and telepresence customers to Spark. Of course it makes sense to leverage/migrate its customers. I can say that new hardware is certainly Spark-first, and possibly even Spark-only. That’s fair game as Cisco has not been shy about prioritizing Spark.

Hardware is Back: The first big computer revolution was all about mainframes and hardware. Then came the software era where Microsoft, Novell, and many others showed empires could be built with software-only and use of third-party hardware. We are now moving toward the next wave of combined custom software running on integrated hardware. Apple always adhered to this approach, but it was the iPhone that really proved the model. More recently we have Musk’s companies Tesla and Space-X that cite total control over hardware and software as critical to success. Now we are seeing a trend. Recently, Microsoft got into the PC business with its Surface family of devices, and now even Google is designing its own hardware. Cisco clearly believes that end-to-end, integrated solutions are critical to ensure a delightful user experience.

Design Focus: About two years ago Cisco launched its IX5000 telepresence system and demonstrated a new focus on design. This large, three-screen system featured several new product and packaging improvements such as rounded corners, simplified connectors, and textiles instead of plastics. This is when Cisco started to describe the back of its telepresence units as the “second front.” Such broad attention to detail has earned Cisco Collaboration several Red Dot awards. That obsession continues into the new products that I saw. Cisco is also working to create familiarity across its portfolio by taking notes from Porsche, Bang and Olufsen, and others.

I was told during my tour that the company intends to expand to a broader overall experience. Boring – most vendors make similar statements. I assumed they were referring to various design aspects described above. However, in hindsight I think they were referring to their impending acquisition of Worklife/Heroik Labs which was announced just a few days after my visit (it failed to come up during my visit). Most UC companies ignore shared note taking. If Cisco is truly jumping into shared notes and task management than their experience claim has more credibility as collaboration lasts far longer (and starts earlier) than meetings. My sense is this is Cisco’s response to SfB’s meeting integration with OneNote.

I enjoyed a particular demonstration that compared several video conferencing systems transmitting the same live feed. Despite that each used the same resolutions and frame rates, there were significant differences due to compression algorithms, lenses, and other characteristics. There’s a lot more to video than meets the eye.

I also (barely noticed new ceiling=mounted room microphones and received a detailed demonstration of Presenter Track – similar to Speaker Track, but automates camera tracking of a moving presenter. For “Breakfast of Champions” fans, Oslo also has an area for Destructive Testing.

I also got better appreciation for the challenges of equipment design. Something I hadn’t fully appreciated was heat management. Hi-res video encoding takes powerful chips, and powerful chips tend to get hot. Left unchecked, the heat will generate noise into the process which causes more noise (and generates more heat). Unfortunately, fans introduce are not an easy solution as they introduce actual noise and vibration. Vibration also comes from speakers. This is why most all-in-one designs don’t have speakers (but don’t get me going on the typical built in speakers of large, thin monitors).

Perhaps the highlight of the whole trip was the provided ground transportation to the office. It may have been the jet lag, but Oslo was a blur. 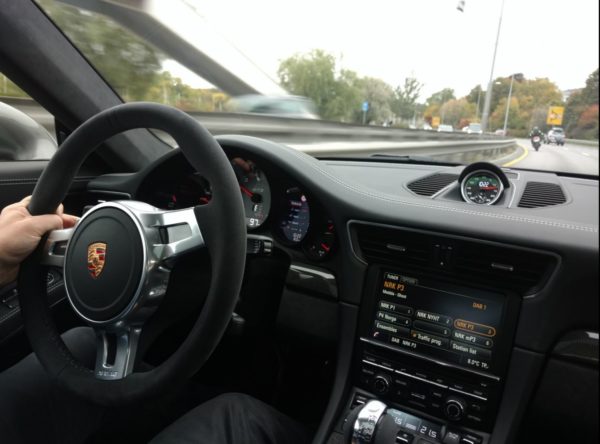 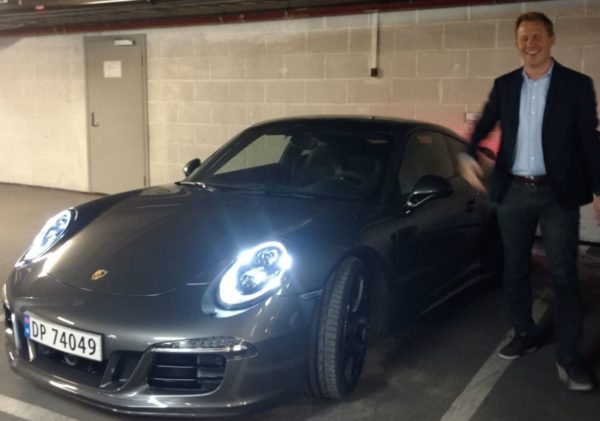