Microsoft has introduced a new premium Office 365 Enterprise Suite subscription plan called E5 that adds enterprise voice features to its hosted service, Office 365. Microsoft’s new E5 bundle makes it possible for businesses to use Office 365 as their telephony service, eliminating the need to install and maintain a traditional phone system (private branch exchange or PBX) on-site. As Microsoft describes it, Office 365 is now “One Platform for Meetings and Voice.” The new E5 subscription is intended for organizations with 250 or more employees, according to the company. 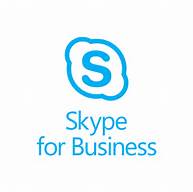 UC-as-a-Service (UCaaS) solutions like the new Microsoft Skype for Business Cloud PBX service are appealing to businesses of all sizes that are looking to bypass the typical business phone system purchase. There are obvious budgetary advantages to selecting a subscription-based service (a recurring, operational expenditure or OPEX model) such as reduced capital expenses, fewer IT personnel and predictable per-user monthly fees, to name a few. And, there are strategic advantages in terms of scale, consistency across a network of locations and the ease of adding innovations and technologies that emerge in the future.

As of December 1, 2015, the three services are now part of the new Office 365 Enterprise Suite E5 bundle which also includes some new analytics and advanced security features. Skype Meeting Broadcast is also included with the existing E1 and E3 bundles (more on the Enterprise Suite bundling and regional availability below).

According to Microsoft, there are 60 million commercial Office 365 monthly active users as of the first quarter of the company’s fiscal year 2016.

The Office 365 Enterprise Suite includes three bundles: E1, E3 and the new E5 that replaces the earlier E4 bundle which will no longer be sold after June 30, 2016. The pricing of existing E1 and E3 subscription remains the same at $8 and $20 per user per month respectively, though each now includes some new capabilities such as Microsoft’s Skype for Business Meeting Broadcast service. The E5 subscription, priced at $35 per user per month, includes all E1 and E3 features, plus Skype for Business Cloud PBX features, along with PSTN Conferencing, new analytics and advanced security features.

Recent market studies highlight a growing preference for “hybrid cloud-premises” implementations that make use of hosted/cloud services for some applications and on-site solutions for others. Such hybrid solutions can ease a variety of business challenges. For example, a business with an existing phone system already located on-site may find that subscribing to a call recording service or a hosted conferencing capability is more convenient than actually installing additional hardware and/or software for these applications. Or, perhaps a company wants to continue running a critical business application locally while taking advantage of a pay-as-you-go hosted service for telephony call control. A larger enterprise that has significant investments in equipment may find that a staggered transition with deployments of hosted/cloud services for remote sites, while continuing to use existing premises-based telephony systems at main locations, makes the most sense.

Now that Microsoft has added hosted/cloud PBX services as an alternative to their on-site Skype for Business (formerly Lync) Server implementation, the company joins other telecom vendors that are uniquely able to offer flexible hybrid arrangements – an approach that pure cloud communications providers cannot provide.

In this initial phase, Microsoft is offering some hybrid cloud-premises capabilities. Microsoft customers that upgrade to the latest premises-based Skype for Business Server will be able to take advantage of the subscription-based Meeting Broadcast cloud service – a hybrid server and cloud approach. Hybrid models will also be possible such that customers with a Skype for Business Server deployed on-premises can use that software to connect the customer’s PSTN environment with Cloud PBX; additionally, the company adds that customers can operate with some users hosted in Office 365 and other users hosted on the Server.

Microsoft publishes an Office 365 Roadmap that outlines features and functionality that are currently available, in the process of rolling out or which are in development. In a recent briefing, Microsoft stated that we can typically expect major updates quarterly, with smaller improvements more frequently.