Welcome to the Buffet

So as I entered the all you can eat buffet in my local town I was greeted and welcomed in, along with a friend. I paid my $9.95 admission and looked forward to a filling meal.

The food was OK, but as with most buffets the service was mediocre and the selections were heavy on jello and potatoes. 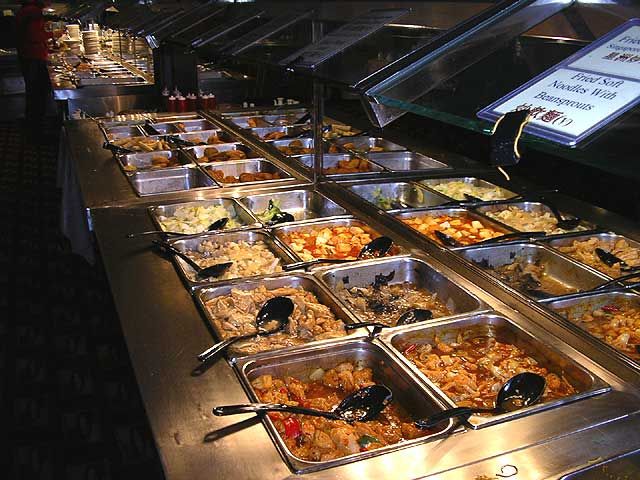 As I went back for my third helping an employee came over and told me that from then on I could only use the tea-cup plates, and I could only use one at a time. I expressed that this was silly. But it was explained to me that while I could eat all I wanted, I was in the top-5% of customers because I had come back for a third portion. To keep costs low for everybody they needed to eliminate food waste.

It seemed to me that this was not in keeping with the large sign out front advertising an “All You Can Eat Buffet.”

Then, I saw the analogy to AT&T and their throttling “all you can eat” data customers.

Has the entire economy become one of “bait and switch?” Why do companies think it is OK to advertise one thing and sell another, and why do consumers tolerate it?

When I talk to AT&T customers about throttling they seem to fall into two camps: Those that don’t need their service much and don’t care and those who are outraged and have been throttled. So the 80/20 rule of screwing only 20% of your customers seems to be working well for them.

What upsets me is that AT&T makes no mention of the 5% of their customers whom they charge and who minimally use their service. My father is one such customer. He pays his $60 a month for his blackberry and uses about 5MB of data. AT&T thinks that is just fine.

I feel strongly that good service and quality products do matter. That’s why I love Apple products so much. The products are designed excellently and they come with really great service. Apple doesn’t skimp and they don’t change the rules.

Why isn’t that a success formula for the phone companies?

Why don’t the phone companies sign you up for a data plan for $10 a month and then just charge $1 for every 100MB of data. It would be like when you paid $10 for a phone and then paid for the minutes you used?

What has happened so that the important game is to have incredibly complicated rate plans, with intentionally mis-sized buckets, and gotcha 45-cent a minute overage rates?

I have pondered that question a lot and I think I have an answer: It is the 2-year contract that is to blame.

Because of the 2-year contract consumers can’t get outraged and switch to another cellular company. Thus, the company is free to abuse its customers. If consumers could get upset and easily switch companies because they have no coverage or too many dropped phone calls then the free marketplace would force phone companies to offer great, customer driven products.

In most of the world you buy your phone from phone stores. These stores provide a large selection of new, used, and refurbished models. It is common in much of the world to trade in your phone and to trade-up to a better model, much like we Americans trade up our cars. (Yes, some stores even finance the phones with monthly payment options.)

Then, completely separately you sign up for phone service. There are no subsidies or contracts or gimmicks. You subscribe and pay for your use. How simple is that?

It seems that every business practice of the big cellular companies is anti-consumer:

Is it really bad business to “do the right thing” and be fair to consumers?