Why the Slack Bubble Will Burst

Slack is a fascinating phenomenon. The company was only launched 16 months ago. Last April, it reported 750k “active users.” It is a freemium business application with an unusually high conversion rate (+25% of its users pay for services).

Slack was the fastest startup to reach a $2 billion valuation. When the company completed its third round of funding last April, its valuation jumped to nearly $3 billion. It is drawing in tens of thousands of new users every week. In February, the company revealed that it was adding $1 million in annual recurring revenue every 11 days. 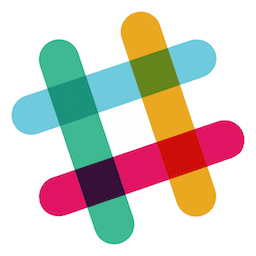 Slack fills what was evidently a huge gap in business collaboration. It’s an impressive story of success, unicorns, execution, and likely soon an IPO. The question is will Slack be able to leverage its first-mover advantage and maintain its leadership as competition increases. That seems unlikely.

Slack may go down in history as the company that defined modern collaboration – just as Netscape defined the modern browser. In case you don’t remember Netscape, here’s a passage from Motley Fool:

Netscape went public on Aug. 9, 1995, just over a year after its founding, and only eight months after releasing the first version of its groundbreaking Web browser. Shares were offered at $28 apiece before Netscape’s IPO. At the opening bell, the price shot up, and by the end of August 9, Netscape closed at $58.25 after reaching as high as $74.75 during the day. This meteoric rise valued the 16-month-old company at nearly $3 billion. Netscape had yet to make a dime in profit. A decade later, Adam Lashinsky wrote Netscape’s eulogy on CNNMoney.

I don’t think Slack is in any danger of going away, but I do think its leadership and dominance will be significantly challenged as the UC industry embraces, improves, imitates, and/or steals its collaborative concepts. This is the other, if not the real, Innovators Dilemma. The Netscape story plays out over and over with new interpretations and deeper pockets. It’s happening now with Apple Music and Pandora.

Slack didn’t set out to be a killer business app. Like many innovations, Slack was an accident. The team was originally focused on creating a game called Glitch. It was  launched in December 2011 and shut down a year a later. In order to facilitate collaboration among the developers, the team built some internal-use online communication tools. This is what rose from the Glitch ashes – now known as Slack.

With such impressive growth and valuations, Slack must offer fresh and amazing collaborative tools along the lines of Vulcan mind-melds or better. But it doesn’t. It’s actually quite mundane in terms of features, just very well executed – particularly with regards to integrations.

Innovation can be very subtle. Sometimes the best ideas aren’t new at all. Consider the iPad for example. A highly innovative device that unleashed the modern (though possibly short lived) tablet category . The iPad was a game changer with wide implications. It was highly innovative, except for that it wasn’t really all that innovative. It was essentially a larger sized iPod Touch. The iPod Touch had been available for years before the iPad.

It’s easy to say the iPad wasn’t innovative at all, but that would be wrong. The world needed it, and no such device existed before it. Making the screen bigger seems trivial only in hindsight. The time was right and Apple figured it out first.

At its core, Slack is a group chat application. The app nailed synchronization between devices. Its strong integration capabilities enables views into a variety of other services such as Twitter, Gmail, Box, and Trello. As I described in this Nojitter post, it’s the right time for messaging, and Slack got it right.

Additionally, Slack offers a powerful search capability not just for personal messages, but across all public conversations. The result is Slack creates a form of organizational memory. This is a powerful asset for both productivity and culture. It’s a relatively new concept because most organizations keep this type of information locked away in personal email inboxes.

Slack’s feature list doesn’t do the service justice. The service is unassuming and becomes a central place for all kinds of communications and conversations. Slack addresses numerous pain points by bridging gaps between:

That last one is Slack’s vulnerability. Slack fosters online collaboration and conversations – to a point. But it doesn’t offer real-time conversations or screen sharing. What’s a Slack to do?

The playbook for new collaboration companies calls for WebRTC, so Slack turned to the new technology. It will likely introduce voice and video conferencing sometime soon (see: Slack Buys Screenhero To Add Screen Sharing And Voice Chat To Its Work Messaging Platform). It’s a decent, reasonable, and popular strategy. Unfortunately, WebRTC goes against Slack’s core strength – Metcalfe’s law. Eventually WebRTC will be universal, but  it isn’t yet.

So while Slack is working to figure out real-time (voice and video) for 1:1 and group conversations, the UC industry is working on messaging and integrations. Unfortunately for Slack, there are few, if any, of its innovations that are not subject to imitation. Slack’s high growth rate and valuation ensures that competitors and adjacencies are closely monitoring it. Jive, for example, launched Jive Chime. However, it’s the UC industry that has the upper-hand.

There are tremendous barriers to entry into the UC space, but few into the messaging space. UC often requires hardware (endpoints at a minimum) and channels. Slack’s competitors are increasing quickly. In a recent interview, CEO Butterfield explained why his company is worth $2.8B.

Public investors often have some underlying rationale for getting to a decent price. In this market, there are bets about how big the company’s market can be, how good the team is — but there is also just a whole lot of supply and demand.

And there are a lot of investors who have a lot of money. So when I say arbitrary, I mean that it’s not coming from some airtight, textbook formula for how to value these types of companies. It’s based on how many there are — and there’s only one Slack — and if you would like to invest in this Slack, this is the price that it costs.

“There’s only one Slack” is debatable today, but won’t be tomorrow.

Despite its leadership position, it’s important to remember that Slack is far from mature. The service is less than two years old. In this candid interview with MIT Technology Review, Butterfield shares “There are a lot of things that are still shockingly bad. Amazingly, you actually cannot invite people from the mobile app if you’ve just created a team. It’s just not possible [yet].”

Lack of maturity is reasonable for such a young firm, but it adds to its vulnerabilities. Today, Slack’s biggest problem is growth. This requires constant hiring and the expansion of infrastructure added  on top of the product road map. High growth is hard to fund, which is why Slack continues to raise capital. Revenue rarely covers high growth, and never in cloud businesses.

It’s certainly possible that Slack will stay ahead. It could keep on acquiring real-time firms, create a new UC API, or potentially even partner with one or more UC vendors. Today could still be Slack’s lowest valuation moving forward. Though, these seem unlikely to me, Slack is in the spotlight, has funding, growth, and development talent. I also might point out that valuations are possibly high right now, particularly for non profitable firms. This month is on-track to be the biggest month for IPOs since 1999.

It just seems like Slack has a longer, steeper road ahead than many of the emerging alternatives.