I have for many years blasted the SIP protocol as something that needs a “Version 2”. SIP is wildly and unnecessarily complicated and it does a bad job of ensuring reliable operation.

I have written about this, and usually get a fair amount of hate mail back.

The essence of the counter-argument is that SIP is a Session Initiation Protocol and that it doesn’t actually participate in the media stream. It sets those streams up but it is not the function of SIP to intercede in them.

This makes me sigh.

Then, I get the argument that there is no real way for SIP to know if there is a one-way or zero-way problem.

The solution is remarkably easy! Prior to starting up the media on the assigned ports a test message could be sent through the RTC media channel. Each end could be instructed by the SIP protocol to send a test string. Then, it could report back what was received, and once the working channel is confirmed the media can be started. Really this isn’t complicated stuff.

Actually, it isn’t necessary to conduct a test. The remote SIP clients know that they have started receiving the media stream and even if it looks compatible. Why can’t the clients just report back through the SIP protocol that the media has started and that receiving has been begun?

In case after case I see people struggle with SIP. There are so many variants and flavors out there that we really need a SIP2 protocol. It could look remarkably like the current SIP, but it could be tightened up and we could depreciate many of the variants in the settings.

Lets face it that SIP is a disaster and let’s tighten it up. In particular, let’s reduce the number of options and standardize the little things like DTMF payloads, timeouts, and how DTMF is to be sent.

I do enjoy Rowan. We met back in 2018 when he arrived at Cisco, and over the years I’ve had several opportunities to interview him. Despite is successes, he’s largely remained the same guy: accessible, sincere, and articulate. He’s a… 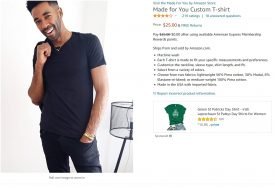 I recently wrote about digital transformation on NoJitter, and wanted to post some clarifying examples. See prior post: Digital Transformation and Toasters. The point I want to emphasize (again) is that every industry is based-on software, and said software can…