Where Did PGP Go?

PGP (“Pretty Good Privacy”) was created by Phil Zimmermann over 25 years ago as a means for encrypting data and communications. It’s a really, really good encryption system, even by today’s standards.

In fact, PGP was so good that its creator was litigated by the US Government for exporting unauthorized encryption technology. (The US Government needed to be able to spy on communications, so this encryption was a threat to their see-all/know-all policy. They used regulations on “Illegal Weapons Exportation” to form their legal assault.) 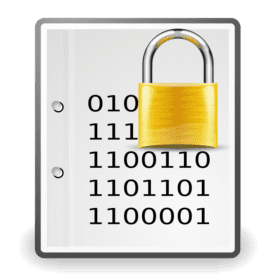 But what has happened since then is even more interesting…

PGP was intended to be a public standard with widely available public access to the code, design, etc.

Today it is almost impossible for the average person to find workable PGP code. All of the little companies producing PGP were consolidated through a series of quiet acquisitions. Each acquisition contained non-compete clauses, preventing the acquired individuals from producing new PGP code. Those companies were largely acquired by Symmantec. At the same time, the US Government has contacted almost all universities and in the name of national security and national loyalty has asked those universities to take down their archives of PGP code and standards.

The result is that while it is not impossible to find PGP code, it is also no easy task. 15 years ago every university had PGP code readily available. Today, this is no longer the case.

I am not saying it has been a complete shutdown of PGO availability to the public. But I am saying that the belt has been tightened significantly. And, every time you trace a piece of PGP that has been removed from the net it always seems to go back to national security.

This is very odd.

The Most Important Enterprise Communications News from May 2020 “There are decades where nothing happens, and there are weeks where decades happen.” ~ Vladimir Lenin Situational timing can make this report difficult. Most of May was still about the pandemic,…