The new 2017 National Electrical Code (NFPA 70) will be phased in and it is a doozie. It is time for telecom manufacturers to take note.

The biggest changes are in the area of low voltage wiring. In the past, low voltage wiring hasn’t gotten a lot of attention and pretty much as long as you use plenum wire inside of plenums you have been OK. But those days are numbered.

The 2017 National Electrical code now clearly classifies all wiring carrying all voltages and all power levels as being under its jurisdiction. It introduces new low voltage cable laying rules…so you cannot run POE over older types of networking cable. Every low voltage device must be a “listed” device. This includes Ethernet jacks and punch-down blocks and patch panels. 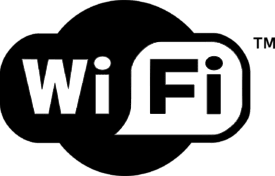 A licensed electrician must install low voltage devices (specifically including ethernet and POE wiring.) And, there are new strict rules about how many ethernet wires are allowed in a bundle (96) and how bundles are to be routed. If you are used to punching down Cat-5 and you don’t have an electrician’s license, then you need to go through 2,000 hours of dedicated training to get your low voltage license in many states under the rules.

So I will say this…

It is time for phones to be WiFi based and not Ethernet based. The cost of Ethernet wiring just mushroomed under the new regulations. The only way around these regulations is for devices to be wired using wireless, such as Ethernet. Of course, this means going back to using power-bricks at cubicles and also means when the power goes out we have no phones.

We operate a number of small offices. We’re a very frugal company. We’re used to mailing out a box to branch offices and telling the staff to put in their own phone system. We ship the phones, and the pre-programmed PBX and just tell them to plug it in. It’s a simple and cost effective solution and it saves us thousands of dollars. This has been legal up to this point. But the 2017 National Electrical Code is a real problem for us. The only answer that i can see is to switch to using WiFi VOIP phones.