This past decade has been an exciting one for enterprise communications. There’s been an extraordinary amount of drama. Here’s a short recap of some of the major strories we’ve been writing about: 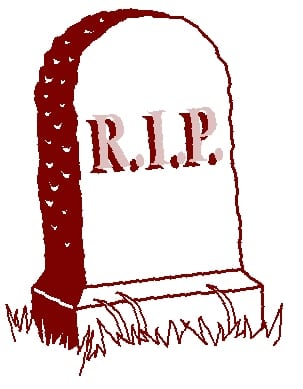 It’s been a whirlwind of transformation. Giant firms have entered and left the industry (Microsoft and Nortel). What started with the notion of “convergence” radically changed how enterprises communicate.

Throughout all this there’s been an underlying story that rarely gets told: The devaluation of voice.

All industries change, but for the majority of the past hundred years, voice was the critical element of enterprise communications. The communications menu was largely face-to-face, letter by post, or a phone call. Slowly, more options worked their way on to the menu – email, IM, SMS, FAX, social network sites, video communications, and hundreds of apps.

Voice will never go away, but its importance continues to decline. It’s something people avoid, best illustrated by the act of disconnecting during a voicemail greeting to restart the communications process with a different tool such as email.

While we are all becoming more connected than ever before, the business of payphones disappeared. Residential phone lines are disappearing. Hotels no longer see their phone systems as a source of revenue. Airlines removed their seat-back phones, long distance revenue is evaporating.

The business models are disappearing, but it is the changes in attitudes that are even more significant. New home construction usually no longer includes more than one telephone jack (buyers don’t value it). Millennial’s are requiring phone training upon hire.

A decade ago, UC vendors listed their PBX call handling features as a core part of the solution. Today, vendors position voice as an option. Did you notice that Cisco is retiring its CCIE Voice certification?

Enterprise communications continues to require voice, but the channel, consultants, and vendors need to hone their value-add toward a broader vision of communications. Leading with voice is a short term strategy. Voice is just one piece of a complex puzzle, it’s the tires not the engine.