News recently broke that Unify intends to open an office in Santa Cruz, CA. If you are not familiar with Santa Cruz, it’s just west of San Jose, about 45 minutes over the pass as they say. That pass separates Santa Cruz from the rest of Silicon Valley in many ways. Santa Cruz is a delightful beach community known mostly for its university (UCSC – go Banana Slugs) and the Santa Cruz Beach Boardwalk. It’s also highly regarded by surfers and stoners. The Santa Cruz Tech Beat gets why Unify wants an office there: 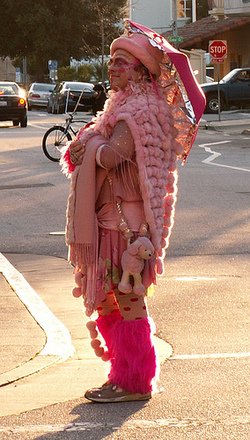 In the innovation sector, talent is everything. And Santa Cruz provides an amazing place to work, live, and play in ways that Boston, San Francisco, and Palo Alto can’t always satisfy. The 21st-century workforce wants to contribute in theirs jobs while also having the flexibility to surf, bike, hike, volunteer, be a part of creative culture, and — as Richard Florida has consistently pointed out — a place where one can be themselves because the community values diversity where people can truly be comfortable being their unique selves. All the other locations certainly provide infrastructure, a vibrant business climate, while affording tolerant cultures but there is no place like Santa Cruz. A breathtaking environment, a unique scale, and a committed business community that is building the future of business.

Santa Cruz is certainly eclectic.  Santa Cruz was one of the first cities to approve marijuana for medicinal uses, in 1992. It’s the annual home of the Miss California Pageant. Activists there organized the “Myth California Pageant” in the 1980s protesting “the objectification of women and the glorification of the beauty myth.”  Santa Cruz is a beautiful city. I particularly enjoy the shoreline and the lighthouse on W. Cliff Dr. It’s a great place for water sports, particularly surfing and boating. SCUBA is better a bit south, near Monterey. Unfortunately, Santa Cruz consistently suffers the highest property crime rates per capita for medium and large-sized cities in the state of California. Additionally, Santa Cruz suffers some of the highest rates of homelessness in the nation, with 9,041 estimated homeless in Santa Cruz county in 2011.

Matt Herman, a Santa Cruz recruiter, claims to have influenced the guy that influenced Unify by offering the following reasons why Santa Cruz is a good place to do business.

My father and brother worked at a high-tech firm in Santa Cruz for years – it’s got the benefit of being close to Silicon Valley with a slightly more casual attitude. People in Santa Cruz chose lifestyle over career and it’s nice when you can get both. Plantronics is also located in Santa Cruz and these two firms likely enjoy a complementary partnership.

BizJournal reports that the new downtown office will be for about 20 employees in sales and customer service roles. That’s it? Usually you don’t get so much news for such a small office, perhaps Santa Cruz is destined to be the new headquarters, because I know Unify intends to move it out of Munich.