When the PBX discovered VoIP, a whole new world of any-to-any communications became possible. The industry replaced the term “PBX” with “Unified Communications” and started selling the promise of a single enterprise communications platform that would do it all. It was conceptually pretty simple, but then so is Three Card Monte.

Just as you will always be wrong about that card you thought you followed, you will never have unified communications. There’s a simple reason why. Communications are fluid and quickly evolving.

The first unified was unified messaging. It was a brilliant concept – instead of voice mail and email – we can unify them. There were some learning curves – things like double delete – but ultimately it was a huge upgrade. But in the early 2000s when unified messaging was new we only had two message boxes (email and vmail). How many mailboxes to you have today? I get regular messages from Twitter, Facebook, and about six other apps. Unified messaging unified messaging for a moment.

It’s the same with UC – IM, voice, video – seriously – how many of each of those do you have? I have multiple messaging apps, multiple voice apps (cell, work, personal, 5 x OTT apps), and one video mail box (Skype). 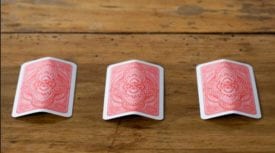 IM had a good run, but the emerging workstream messaging solutions seem to be doing fine as separate (non unified) applications. APIs are extremely important (see Twilio stock). Video?  There’s plenty of great video solutions – some are integrated with voice, but integration doesn’t seem that important.

There’s a disparity here. The vendors are talking UC, but that’s not what people are buying. Here’s proof – let’s look at the leading UC vendors by category:

Yes, there’s some overlap, but it’s not what I expected a decade ago when unified communications was new.

My advice is to stop approaching UC as UC – and instead view UC as IC or integrated communications. A single vendor or provider will never be best at the entire communications stack. That’s not to say full stack solutions are bad – quite the opposite – but all solutions need to be viewed as a component to larger solution. What’s becoming critical is how these components interact with existing and new technologies that are coming at us faster than a speeding bullet train.