Most of us love new tech. There’s nothing better than the faster, better, and cheaper mantra of technology. We forget sometimes how unusual this is. The hammer remains largely unchanged. Most equipment is relatively flat – tractors don’t get twice as good and/or half the price every year. But tech moves quickly. The downside, which is often overlooked, is the cost of transitions.

What do they wire in new homes? Co-ax for TV? Do they still wire for Cat-3 voice? Do they bother with Cat-5 or Cat-6 for data or assume wireless? Do they wire for a roof or attic antenna? For CCTV do they still run co-ax or cat-5? Do they assume POE or do they run a power cable. It’s so hard to plan anything any more because everything is in motion.

In my home, I have in-wall component cables. The wire has a diameter of a nickel. The component was useful, but unused now except in one location.

I have a box of old computer adapters. I have multiple forms of VGA and DVI cables. My current computer uses display port, but still requires an adapter as the card has small ports and the monitors have a larger format port.

I have lots of headsets including 2 prong models, RJ-11 models, 2.5 mm (for old cell phones), 3.5 mm models, and of course bluetooth headsets. I have various adapters for the classic iPod connector. I have lots of USB 1.0 cables and chargers. I have an original iPod that uses a SCSI connector.

I have a shoe box full of floppies and both a set of zip drive and disks. Actually, I have two. One connects via SCSI and another connects via USB.

For my last laptop, a Surface Pro 3, I felt I needed to buy a USB to Ethernet adapter and a display port to HDMI adapter. My new laptop requires a USB-C to HDMI adapter for an external monitor. I suppose I will eventually acquire USB-C displays. Unless I should just wait for USB-D? After all, my box of incompatible USB cables is getting full.

I have a box of USB thumb drives. These are very practical, but I find now that tend to use SD cards more. Of course they also come in different sizes. My PC and phone can’t swallow the old larger cards and my camera requires an adapter for the small card.

I also have cell phones that use SIMs in all three sizes. It makes moving a SIM around a pain in the ass.

I have lots of old proprietary batteries which only bothers me slightly less than old phones with consumed, non-replaceable batteries. 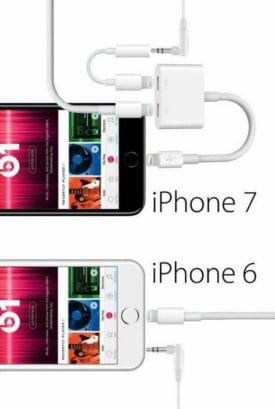 All these transitions are short lived and wasteful of natural resources and money. My personal boxes of e-waste annoy me, but on a global scale it represents a ton of stuff that we now have to ship overseas to “e-waste” facilities. It’s a lot of resources that were better off left in the Earth.

So far, I’ve only been talking about physical transitions. But we live in times of dynamic change and there are all kinds of transitions around us. For example, the way some airports are dealing with Uber is pretty ridiculous. Eventually, the voice of the passengers will outweigh the voice of the special interests, but not today.

I wasn’t sold on being done with the CD drive when Apple removed it from the MacBook Air in 2008. However, in hindsight this was a good move. Alternatives, such as USB drives and networks existed. Software delivery was moving to downloads. It took a few release cycles to figure out how to install operating systems without a disc reader, but that was a relatively minor and short-lived annoyance.

I use bluetooth headphones daily, but I prefer wired headphones when traveling. It’s one less thing to charge and the wire is not a problem while just sitting.  I am very stressed about power during travel. I’ve learned I can’t count on the seat having a (working) power port. I’ve learned battery power is critical upon arrival. I’ve learned to always board a plane with a fully charged phone and laptop.

I am not convinced Apple made the right call here, but it won’t matter.

Apple is forcing its wired headphone users to adapt. Option 1 is to move to wireless headphones. A friend of mine just bought a pair of high-end, wired Bose headphones and now intends to replace them. Option 2 is to buy adapters or docks. A dock our double adapter is needed to listen thru wires and charge simultaneously. Yes, you can skip the charging, but not on overseas flights.

The folks that travel on 6+ hour flights are probably a small part of the market. Also, most travelers use these ridiculous battery chargers (remember when we could just swap batteries?). I suspect a new generation of charging docks will soon appear that include a battery and a headphone jack. The proverbial 1% will buy these new docks and accessories, and the mass market never really cared. Every iPhone lover I’ve spoken to has reluctantly accepted a jackless future. In other words, not only will Apple retain all its customers, but it will profit from the change. Apple will profit from selling new phones, Airbuds, and its Beats headphoens, plus from licensing the new W1 chip.

Apple opted to go with mainstream bluetooth instead of iTooth or (wireless) wLightening. That was nice. But, Apple felt it needed a proprietary improvement in the pairing process. Thus the new W1 chip.

It’s a familiar game of transitions. As soon as you buy all your new accessories, it will be time for the W2 chip.

We are accepting too many transitions that don’t last. The telephone jack, the TV co-ax cable, and the headphone jack lasted 50-75 years. I can’t even connect my SCSI iPod, but I guess that’s ok since the iPod is discontinued too.