Tough Week due to Redmond

Before I start shitting on Microsoft – let’s be clear that I’m allowed. I’m a PC – I don’t have an iPhone or a Mac. Currently running Windows 7 on desktop and Windows 10 on my Surface Pro 3.

I’m more or less neutral on Windows 10 because I’m actually pretty happy with Windows 7. I’m a simple user really – Office, browser, Evernote, and multiple messaging and conference apps represent my day-to-day tools. Windows 7 does these well, and as an added bonus Windows 7 is (mostly) done. That means I don’t have updates every time I reboot. I do understand Windows 10 has benefits, but I’m not crazy about sending all my usage patterns to Microsoft. It is possible to turn off the spying, but it’s not a trivial undertaking – it’s much more than saying no to all the ‘report to Microsoft’ options. See this video.

Since I don’t have a compelling need to upgrade, and since I don’t have an hour to disable all of the spying – I stick with Windows 7 on my primary desktop. Windows 10 is inevitable, but I will decide when. Microsoft isn’t happy about this. The pop-ups to upgrade are increasing in frequency and size.

This week I read “Microsoft has made Windows 10 a “recommended update” meaning that it will automatically download onto PCs. That’s a bit annoying, and feels desperate. The issue according to Business Insider is Microsoft’s desire to have Windows 10 on a billion devices. That’s an admirable goal, and achievable with mobile-devices, but feels unrealistic to me for desktops.

As a rule, I advocate staying current with software. But Microsoft complicated this by changing the role of an operating system.

Then I saw this: “Microsoft Tries to head off Facebook at Work by turning on Yammer by default” Perhaps I am underestimating Facebook for Work, but I don’t buy it. I don’t think anyone will buy it, and I’m not convinced that Facebook really wants to sell it. That’s a different post I need to write. This post is about Microsoft’s knee-jerk reaction. Again, it’s a bit annoying, and feels desperate.

Facebook for Work is not the problem, Spark, Slack, Hip Chat, and many other messaging-first collaborative solutions are the problem. Exchange, and email in general, is the problem. Yammer is not the solution. Turning Yammer on by default for all eligible Office 365 commercial customers is outright wrong and annoying. As I’ve said before, Microsoft has all the tools to simplify collaboration and workflow – the problem is “all the tools” are too many tools: Outlook/Exchange, Skype for Business, Yammer, OneNote, and OneDrive together defeat the advantage of this new breed of single, collaborative apps which win by streamlining collaboration.

Microsoft is recalling Power supplies on its Surface computers. Clearly the Surface Pro 3 computer is designed for someone that values compact design, so I assume I’m not the only one frustrated with these giant AC adapters that should have their own wheels. Personally, I prefer generic power adapters which lasted me through multiple computers. I prefer bricks strategically located in various work locations rather than always carrying a brick.

Apple started the shift to proprietary power with its magnetic connectors. ‘Microsoft followed Apple’ with a proprietary $40 power adapter for its Surface Pro computers. Expensive, proprietary, clunky – and defective. I did buy a second one that takes up most of my carry-on. Microsoft appears to be making the replacement process overly complex. I assumed I could just walk into the local MS store and swap them. However, the website says: “Microsoft will provide one AC power cord (without proof of damage) free of charge for each eligible Surface Pro model that you own.”

Really? They will replace one for each computer, not for each power supply? 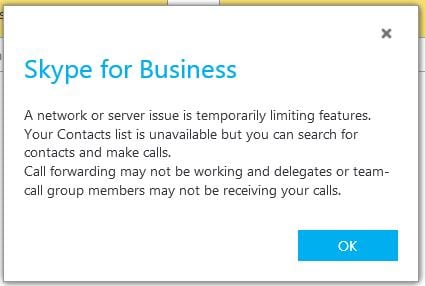 Tough Microsoft week for Me.

Video is already normalized among the user base and has business benefits in customer service.