To Install or Not to Install a PBX?

Our company has a number of small branch offices. These are sales offices with 3~10 people in them, scattered variously around the country and world.

We long ago abandoned the big central PBX with OPX lines running to the branches. We have been mailing out PBX-kits to the branches with a Grandstream PBX and desktop phones. The staff could self-install those. 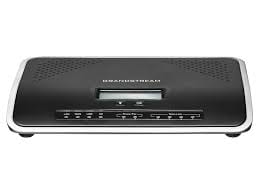 But at one location we had our hand slapped by the local electrical inspection department. All wiring, including network cables and telephone lines MUST be installed by a license electrician. Getting a license requires 2,000 to 4,000 hours of apprenticeship (no matter how much experience you have and no matter how well you know the codes.) I mean, we’re literally plugging in Cat-5 wire with RJ-45s on the end.

This is getting me to thinking: Do we perhaps just quit providing office phone systems? I mean, have no phone system at the office at all?

We would get local DID numbers, route them to our main PBX, and then forward the calls to staffer’s cell phones.

There would only be two features missing:
The staffer’s cell phone would show up on calls, rather than the office.
Phone calls could not be transferred.

By installing a VOIP soft-phone app on field personnel’s phones they can transfer calls, and be a part of the office phone system. And, we can even block calls during non-working hours because Grandstream allows their PBXs to forward calls time selectively.

And that got me to thinking: Why don’t cell phone companies offer these two features? Why can’t I designate an alternate Caller ID number to display for business calls? And, why can’t I drop off from a 3-way conference call and have the connection stay up?

If a cell phone company offered these two things, I think there could be a massive migration away from office phone systems and towards cell phones.