I am not convinced it was entirely planned, but Microsoft seemed to nail it with Kinect. And it happens to be a good gaming device too.
Let me just do a mind dump of why Xbox Kinect is so significant: 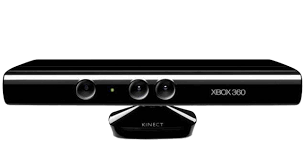 1) Xbox Kinect is a success. It was big news that Apple broke all  consumer electronics sales records with its iPad, but Kinect beat those! They have sold 2.5 million units in 25 days.  These boxes are not being purchased by random impulse buyers – they are being purchased by consumers who have shown a willingness to buy content (games, etc), and have high-speed internet in their living rooms.
2) The race toward the connected home TV – the winner can’t be predicted yet, but the losers are likely cable and satellite service providers. Clearly more and more entertainment will be streaming to the TV – at least initially via set connected devices. The Xbox is well positioned to put Microsoft back into the TV content business, but this time with a better strategy.

One scenario under consideration by Microsoft is to create a new TV service on its Xbox gaming console that would establish a “virtual cable operator.” The service would charge a monthly fee for access through the Xbox to networks such as ABC, NBC, Fox, CBS, ESPN or CNN, according to two sources familiar with the plans.

Other options include allowing cable subscribers to use the Xbox to watch shows with more interactive functions. Viewers could, for instance, message with friends over the console while viewing their favorite shows.

How can Microsoft pull this off, while battling Apple, Google, D-Link/Boxee, and Roku? Because Microsoft has an installed base of over 45 million units worldwide.

Apple is kicking Microsoft’s rear by focusing on the consumer (and with great products). Microsoft is trying to catch up- it even has its own stores now. Problem is Microsoft doesn’t have very many consumer items. The stores are very Xbox focused.
3) There is also a race to the living room for video conferencing. It turns out that employees and customers have homes and get this, they increasingly work there too. In addition to consumer services such as Skype and FaceTime, there is a corporate push to sofa based video conferencing as well. Hmmm, a set top connected box with cameras and broadband.
Most recently Cisco launched its Umi product. But at a price that well limit its appeal. Plus it only does one thing. The Umi runs $599 up-front plus a $24.99 monthly charge for unlimited calls. See: At $599, Cisco’s Umi Telepresence Is a Non-Starter. Polycom and IBM as well as Skype and LG previewed similar solutions last January, but I have not heard much about them since.
4) Xbox already connects to Netflix and MS Live – with the new Kinect you can actually do a live chat with MS video chat users from your couch. Keep in mind Windows Live Messenger is the #2 app on FaceBook, second only to Farmville. Also, the new Microsoft Lync Server 2010  corporate communications system will soon offer live video calling to Xbox/Kinect units. This was demonstrated at the Lync launch last month. For now, it might be attractive to Xbox related firms, say game manufacturers, that offer support – but the notion of a customer being able to video call a business can’t be too far from entering the mainstream.
The programming networks are giving Google the finger regarding content for GoogleTV – Apple has very little content as well. If Microsoft can figure out a way to get some exclusive content – like HBO, it is a game changer. If all of these Xbox homes could cut cords and still watch Curb Your Enthusiasm (and Netflix) its a fairly attractive solution. Plus it does video calling and oh, it does games too.
5) Xbox is the current winner at Microsoft. They will leverage this with as many products and strategies as they can as evidenced with the new Microsoft Phone 7 (and Lync) which feature Xbox ties. Expect more. Silverlight? Windows Home Server?
6)The Kinect is attracting a large number of hackers that are extending the hardware beyond its initial design. Hackable products tend to take a life of their own. There are some pretty compelling things coming out of it.

Officially, Microsoft does not condone hackers purchasing Kinect and discovering or extending its capabilities. According to a CNET report, which made its way around the Internet, Microsoft is not happy with this development whatsoever; go figure:

“Microsoft does not condone the modification of its products. With Kinect, Microsoft built in numerous hardware and software safeguards designed to reduce the chances of product tampering. Microsoft will continue to make advances in these types of safeguards and work closely with law enforcement and product safety groups to keep Kinect tamper-resistant.”

7) Price: The Kinect is an add-on to an XBox, it is useless by itself. Its price is about $150. Not exactly cheap, but fairly impressive for what you get. Kevin Tofel of GigaOm writes: “If you had told me what Kinect could do a year ago, I would have guessed that Kinect would be beyond the reach of most consumers. Instead, you can drive over to the local Target and (if you’re lucky) find a Kinect on the shelves.”

In this podcast we ask Chris some tough questions such as why do I need advanced networking when Starbucks has free Wi-Fi and who has better BBQ: Texas or Illinois? You can follow TalkingHeadz on your favorite podcast app. Interviews…

A Few Thoughts on Microsoft and Nuance

The big story today is Microsoft acquiring Nuance for $16B in cash! The specifics are surprising, but the story hasn’t changed. This is a logical or reasonable acquisition. The bottom line question is if the asset called Nuance will be…