Thought of the Day: Carriers!

Remember what hotels taught us? They taught us to never make a long distance call from the room. The hotels discovered that long distance wasn’t just a service, but a money maker and charged us through the nose on long distance usage. It sorta worked when they had a natural monopoly, but first came calling cards, then came cell phones. Is anyone stupid enough to use a phone in a hotel any more? Now hotels are stuck. They have to buy an expensive phone system to support at least one phone in each room, but no one uses it. Just in case we do, they also have to put in call accounting systems. I used the hotel phone recently to dial my cell to help me find it (though I hung up before it answered).

It’s deja vu all over again.
Now it’s the carriers making us pay through the nose on both bandwidth and voice minutes. How many solutions do you have to avoid paying carrier charges? Skype, SIP FMC, other wi-fi calling… While many of these were implemented to avoid carrier charges, I increasingly find I use them because they fit my communications needs better. Such as being able to share a desktop while conversing about the document.

The role of the carrier is under fire. We often talk about the death of analog lines, but PRI and T1 are also dying. SIP trunks save money, and most consider them just a simple alternative to traditional trunks, but calling services such as those available from Google, Skype, and others are replacing traditional and SIP trunks as well as cellular minutes. Voice is moving from layer 3 to layer 7 and it doesn’t bode well for traditional carriers.

The operative word being ‘traditional.’ Instead of jacking up the rates, they should be investing in new types of businesses that will benefit from this shift. Mobility is exploding, the revenue opportunities should be exciting and empowering. Not opportunistic. If there is an ecosystem emerging to bypass your services, it might be an indication your solution will be short lived.

UCaaS: Rough Road Ahead By Dave Michels, August 27, 2020 1. Overview The unified communications as a service (UCaaS) industry is about two decades old, and it’s had a glorious run.  The industry has consistently experienced +20% annual growth as…

Tired of your battery running down? Tired of constantly dropped calls? Want better coverage, especially in outlying areas? If you are having these problems… Consider “5G LTE”. Go to your carrier settings on your phone. Turn OFF 5G and choose… 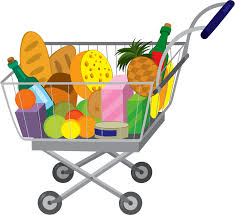 The two big national grocers in Boulder are King Soopers (Kroger) and Safeway. Over the past 30 years, across multiple addresses, I’ve generally preferred King Soopers. That is, until recently. During the pandemic, I’ve discovered online grocery shopping, and for…