The Moth and the Candle and 5G

If I could describe the mindset of telephone companies it would be the story of the moth and the candle.

In May, AT&T announced with great fanfare that it is back to being a telephone company again: AT&T to refocus on 5G as it unloads WarnerMedia. It was similar to February’s news that AT&T Ditches DirecTV to Make Room for 5G.

AT&T, and telephone carriers in general, always seemed to begrudge their line of business. They have always wanted to branch out into greener pastures of which they know nothing about. This goes back at least as far as the 1920s when they were diversified into areas such as theater sound systems. Throughout the 1960s they lamented that they couldn’t own broadcasting networks. In the 1970s they bemoaned that they couldn’t be in the computer business. 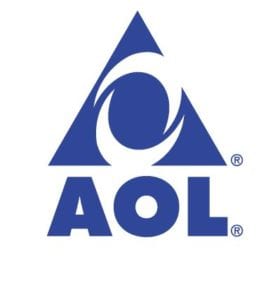 AT&T has bought and sold companies with remarkably inept timing. For example, in 1999 they purchased the nation’s largest Cable TV company (TCI) because they believed the future was media distribution. In a decade they would sell it off to Comcast because it was such a different business. In 2014 AT&T acquired DirecTV and this year they reached a deal with private equity firm TPG Capital to make the struggling satellite TV provider a new standalone company. AT&T had major fight with the DoJ to allow them to acquire Time Warner, and three years later it’s spun out.

Selling TCI cable was an especially unfortunate move, since right about that time Cable morphed from being a broadband video service into being an internet service company. Yes, AT&T gave up the opportunity of being the nation’s largest internet company right exactly at the wrong moment.

Diversification stupidity isn’t limited to AT&T. Verizon sold ALL of its cellular towers to raise enough cash in order to purchase AOL. Yes, that AOL, America Online. We are talking about the sale of a core-business asset (cellular towers) so it could purchase a dying company in a field of business it knew/knows nothing about. And, then they purchased Yahoo.

Telecommunication companies have been in one of the best industries for the past 150 years. Over the course of time I can’t think of any single line of business that has been a better one. And, yet, for some reason they feel compelled to enter businesses they know nothing about – and repeatedly fail.

The cellular business is a great business. Why does it get second shrift from the phone companies? Why do they begrudge it? And, why don’t they just build out their networks so that when I drive between home and work I don’t have those constant dropped-calls? I never drop calls in Asia, and my guess is it’s because those phone companies are in the phone company business.