The “Microwave Skyway” was the first coast-to-coast linking of the United States using microwave towers. Built in 1948 and finished in 1951 it was an amazing accomplishment.

Microwave towers were built almost exactly every 30 miles in a line that dotted from the east to the west coast. It cost $40 Million to build, which even in today’s dollars is just $400 Million. (Apple makes that much in profit every few days.) It was both remarkable and amazing how inexpensive it was.

Old-timers like myself remember making long distance calls coast-to-coast over microwave. You could hear the hissing getting louder and louder like a ratchet as each step in the connection was established. You see, the towers were analog and so there was a hiss added with each segment.

I remember working in Engineering Planning in AT&T Long lines in the early 1980s. We pondered the dilemma of these towers. They were analog and the world was turning digital. The cost to convert them to digital was huge, and until all of the conversion was completed—including intermediate switches—there was no economic benefit from the conversion. Sol, the towers just languished. A few segments were upgraded, but much of the system just remained analog.

The towers fell into disrepair until in 1999 AT&T simply abandoned them entirely. Some of the sites just rot away, useless. A few of them were re-deployed to TV and radio stations and many became cell phone towers. Mostly they became pictures in a book.

What I find remarkable is how quickly our own history is getting lost. This was an amazing accomplishment just 60 years ago—worthy of presidential acclimation. It was one of the few things that truly put America ahead of the rest of the world. Yet, we have almost no recorded history of the system. There is no retained record of tower design, the technology, or even a map of the locations of these towers. They are just…forgotten.

I wonder how much of what we are building today will be forgotten. Can you imagine in 60 years there being simply no recorded record of Faceboook? Of it just being forgotten about. Yet, that is the equivalent of these towers…it was equally inconceivable that they would be forgotten. Yes, the proof is in the photo… 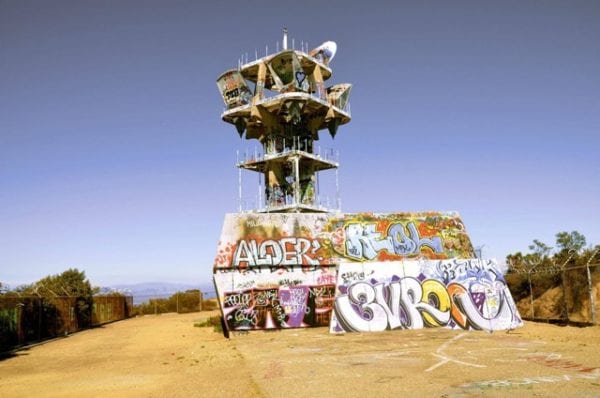