In July, I attended likely the last ever Genband Perspectives.*

It’s been a good series of events. This was the first time they upgraded to a west coast venue.

In July, I attended likely the last ever Genband Perspectives.*

It's been a good series of events. This was the first time they upgraded to a west coast venue.

Genband is a complex company with a diverse portfolio -some of which is interesting.

To me, the two most interesting things in the past were Nuvia and Kandy. Sometime last year these two things became one (I missed the memo). I know for certain that they were separate at Perspectives last year.

The Nuvia brand is gone, at least in NA and Kandy has been expanded from CPaaS to include other services. Kandy offers a broad catalog of services now organized into three groups: 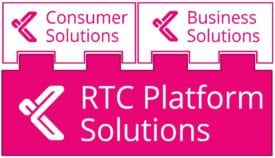 Despite the names "consumer" and "business" these are wholesale services for providers and ISVs. Kandy isn't available directly to enterprises or developers.

The consumer services are for creating consumer-facing apps that might feature messaging, voice, and video.

The business services include both UCaaS and CPaaS, or CPaaS is available separately.

The remaining parts of Genband are chunks of carrier infrastructure including SBCs and NFV plumbing fixtures.

The merger with Sonos adds excellent wireless audio for music on hold  - oops, actually they are merging with Sonus which makes all kinds of network plumbing fixtures such as Diameter signaling controllers, Class 5 softswitches, and its flagship series of SBCs.

Genband had little to say about its upcoming merger, and it was mostly out of bounds at this event. The new company will be public, which means Kandy skips its IPO. It will be a top contender in Class 5 Softswitch software and SBCs. Its primary competitor is likely Huawei which means it will be avoiding China and doubling-down on NA. The two companies appear to complement each other in carrier-focus and regional footprints.

*My assumption is that once the Sonus/Genband merger completes, they will rename the annual conference.