The End of Legacy

The first time I heard “Legacy Systems” was in the early 90s when working at Coors. It was in reference to the mainframe and dumb terminals around the campus. I was far more excited about the cutting edge stuff like Windows For Workgroups including Schedule Plus. We were busy installing this stuff via Novell Netware along with this amazing screensaver called After Dark (remember those flying toasters?). 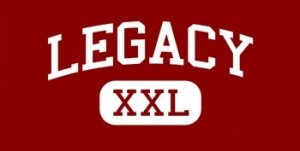 It didn’t occur to me then, but that new cutting edge stuff was destined to become legacy too. It didn’t even take very long. Windows NT came out soon-after, putting Novell on notice. The point is all technology becomes legacy, it’s the nature of high-tech. Sooner or later Moore’s Law or the Law of Better Mousetraps makes whatever tech you covet now, a joke in the future. At least that was the case.

Let me tell you why he is wrong, but not far off. It isn’t where the software lives as much as the software acquisition model that destines enterprise systems to become legacy.

He’s wrong because a brand new premises based system, acquired to meet the needs of an organization is not legacy. Modern SIP-enabled systems do wonderful things and presumably do exactly what the customer wants. There’s some confusion about the utility of SIP, it’s far more than just trunking. SIP is just a protocol that happens to be well suited for real time communications – including IM, video, and increasingly machine to machine communications. Neither SIP as a protocol, nor as a part of a software premises solution are obsolete or legacy.

It’s the acquisition model, not the technology that makes it legacy. The current model is straightforward. Purchase the asset, then maintain it as it depreciates. The asset is a capital expenditure that usually requires annual “maintenance” around 10-25 percent of the asset purchase. Maintenance is typically optional but membership as they say has privileges such as support and bug fixes. In the older hardware days, software maintenance didn’t exist. Hardware maintenance was effectively an extended hardware warranty. Today, software maintenance is not only common, but mandatory. Vendors don’t make bug fix releases any more – they make new releases that happen to include bug fixes

The cost of owning software is increasingly losing to cloud services.  There are two primary motivations that favor the cloud.

The premises vs. cloud debate really has nothing to do with premises vs. cloud. It is more about financial models and outsourcing. Yes, the notion of reducing HVAC and other premise costs do come-up, but rarely as the primary driver. The downsides of hosted models have to do with loss of control/ownership of the data and use of the public Internet.

Maintenance plans in a software based world could eliminate the notion of legacy. Most of the new projects being installed today (such as Salesforce.com) may never become legacy solutions (in theory) because they will continue to update (or die). Therefore,one could argue that legacy systems won’t exist in the future.

But hosted services aren’t for everyone (the candidate pool is growing). I contend that software as a service (SaaS) should have nothing to do with hosted vs. premises. The other foot about to drop is (UC) software to become free, yet require charged maintenance. This will be a tough pill for many vendors to swallow, but it is inevitable.

I had a similar experience with my Digium Switchvox system. It was licensed for more extensions than I needed. The maintenance charge was determined by the licensed extension count, so in order to reduce the maintenance cost, I had to lose owned (paid for) licenses. Maintenance trumps licenses.

Premises-based systems have multiple components compared to what UCaaS providers bundle into a single fee. Premise-based solution cost factors include

This is why premises revenue is flat to negative and why the cloud is booming.

If premises vendors want growth to return then changing the game to free software could do it. This is similar to what the mobile providers do with free or subsidized phones with a two year contract. Maintenance trumps licenses.

This will be painful because so many vendors are addicted to revenue. But UC revenue is disappearing regardless, and its importance is less than profitability and market expansion. Most vendors are currently choosing one (profit or expansion) anyway. By eliminating a huge portion of the upfront cost of implementation and adoption, market expansion will improve. The required maintenance model will force the following: 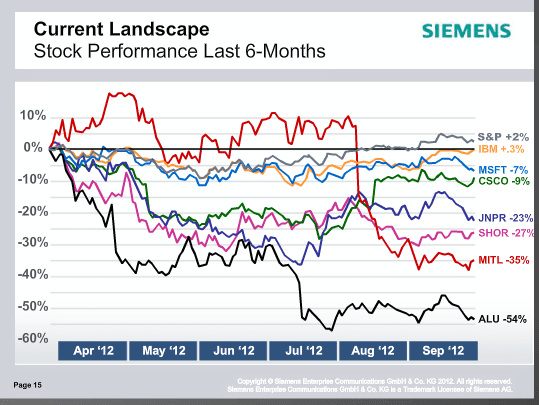 We are in a period of great turbulence. UC revenues are diminishing as a whole, and business models are in flux. Established rules and roles aren’t working and re-invention and experimentation are critical. Microsoft is launching its first computer (Surface) as is Google with Motorola. Premise vendors such as Oracle are embracing hosted models. Cloud services are exploring premises solutions such as Fonality with its hybrid model and Cisco moving WebEx from hosted only to a product version.

There are a lot of great UC companies that won’t make it out of this decade, and the fall-out should start in earnest by the end of next year. New models that can flourish with less revenue need to be identified.