The Early History of the Touch-Tone Dial

Most history books will describe how the Touch-Tone dial was introduced in 1962 at the Seattle World’s Fair. But they are a little wrong. In 1958 the Bell System already had trials running with pushbutton telephones. 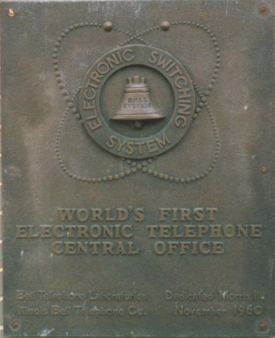 Morris, Illinois was the site of the world’s first electronic telephone system that was actually in service. It was a one-of-a-kind central office that pioneered so many things that it deserves great recognition. I’ll write about it sometime. It had two interesting ideas:

The rotary dials spun at twice the normal rate. That is, they spun at 20 PPS. Almost all of the phones were this type.
They had a small number of push-button phones, precursors to Touch-Tone phones.

These push-button phones used tuned springs to make tones. Pressing a button would turn on a microphone inside the keypad and then the button would pluck the tuned spring. It would resonate at a particular frequency much like a tuning fork. The tone could then be detected and be used for dialing. It was very mechanical and, as you would expect, results were spotty. But they did have it up and running.

Morris was also completely electronic, with no relays or switches. It was computer controlled. It had precise tones. It had an amazing variety of custom calling features. It used tone ringers inside the phones. All of this was very innovative.

Oh, and it was based on tubes. It was pre-transistor.