The Dirty Secret Behind the UL Logo

Underwriters Laboratories, the owners of the UL logo found on electrical appliances is a non-profit organization dedicated to testing product safety.

Such a description would hardly tip you off to what this nefarious organization really is. 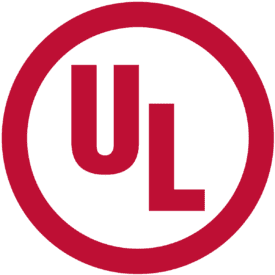 Sitting atop $850 Million in investments, with an annual income of about $25 Million, this organization is flush with cash. The trustees work an average of 1.5 hours a week and earn $150,000 a year. (Yes, that is one and a half hours a week, per government filings.) The CEO makes seven figures, and various vice presidents earn in the upper six figures. The executive suite of dozens of execs is stocked with million dollar people.

This vast empire gives money to such charitable organizations as the Los Angeles County Sheriff’s Department. (LA is one of the strongest enforcers of UL, sometimes rejecting any alternative.) UL has a bewildering array of subsidiary organizations, and funds and accounts in pretty much every country of the world like Tunesia.

But here is why this organization is terrible: They have wired themselves into the US rule making process so that their testing is required for items to be connected to the electrical network. Every single item that is permanently attached to the electrical network requires a UL test or a test by an NRTL. Exactly what tests are required is not specified by these vague laws. UL determines the tests. And, boy are they busy writing a lot of new ones. And, by every item I mean everything like switch plates and RJ45 jacks.

So if you want to make an electrical product you are required by state laws to pass UL tests. To know what those are you need to purchase copies of the UL standards. (And, they aren’t cheap, often costing $300 each.) Then, you need to pay UL to test your product (Kiss $30,000 goodby) and then pay ongoing royalties to UL for factory inspections. It’s a slow and arduous process. And, the states have no control over what tests UL requires, or what standards UL chooses to impose.

Ostensibly, this is to keep the American public safe.

But the funny thing is that other countries don’t have this hugely profitable scheme and their citizens are not being electrocuted to death.

Take Europe. They haven’t called for this UL scam. They use a CE mark, which is a self-testing mark much like the FCC uses here in the US. Its fast, cheap, and simple. And, Europe has proven it is safe.