The headline is that Five9 and Zoom mutually agreed to terminate their merger. I suspect the Five9 shareholders rejecting the deal had a lot to do with it. In this post I expected Zoom to sweeten the deal, but figured the deal could collapse if that didn’t happen. It didn’t happen and Five9’s shareholders opted to pass. 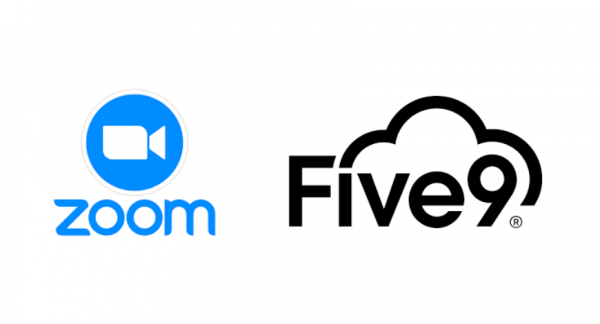 There is tremendous value to both of these companies had they combined. The portfolios are largely complementary as I believe their management teams would be. However, there was also tremendous risk. Acquisitions are inherently risky and often fail. Zoom has no experience with large acquisitions.

What Went Wrong? When the acquisition offer was made, we can be sure Zoom leadership went through a complex buy vs. build analysis. They clearly decided to buy, but (and this is important) at a certain price. Zoom came to a price it was willing to pay, presumably after some negotiation, but determined it in ZM shares, not dollars.

One could argue that was a mistake (I have), but it’s a complex issue. Both ZM and FIVN share prices move around quite a bit, thus the purchase price (in dollars) has moved. It could have moved either direction, but it moved down. Or, it didn’t at all. If you are long on Zoom, then you disregard day-to-day fluctuations. That’s what the Zoom execs do, but it’s a lot to ask of the general shareholders of Five9.

The value of a share of Five9 is easily understood, but the value of the company is very difficult to measure. What a buyer is willing to pay is partly determined by how much the acquirer will throw away. There’s always some redundancies. For the most part their portfolios were complementary, but both companies have different approaches to hosting and PSTN. The combined company only needs one solution.

Why Didn’t Zoom Sweeten the Deal? Zoom didn’t sweeten the deal because, from its perspective, nothing changed. This is basically a two currency issue familiar to many. Zoom offered to buy Five9 for a **perceived** value of about $200/share, but the actual price offered was 0.5533 shares of ZM for each share of FIVN.

When the Five9 shareholders voted, they **perceived** the selling price to be about $159/share, about 20% lower than the initial agreement. However, from Zoom’s perspective, the purchase price didn’t change. If anything, you can say Zoom was demonstrating financial discipline. It determined the price it was willing to pay and stuck with it. Is it sane to whip-out about $3B more because its stock price fluctuated in the past few months?

What’s the Impact? The impact is broad. Zoom and Five9 are major players and their announcement to merge caused general shockwaves that won’t just go away. For example, Five9 was integrating with Teams before the announced merger, and now again after the merger fell apart. But there was a few months in between where there was a general consensus that the Five9/Teams alliance was doomed. Such an assumption impacted customers and competitors, and that’s just one example. So, every competitor of Zoom and Five9 now needs to re-rethink their strategy.

What’s Next for Zoom? Clearly, Zoom believes it needs to be in the CCaaS space. It has three choices: status quo with partnerships, build, or acquire. The partnership story will continue for now, and this includes Five9, Genesys, and NICE inContact. To my understanding these partnerships are working well. The primary reason Zoom may feel compelled to become a CCaaS provider is growth. Companies are always under pressure to grow and when you are as big as Zoom, it’s not easy. CCaaS is a high growth adjacency that can’t be ignored.

Zoom could build its own CCaaS. It sounds daunting, but we are talking about Zoom. We just learned that Zoom Phone has grown to 2M paid subscribers in just over 2.5 years. This is extraordinary. It’s not just building a product, but building a robust product involving features, scalability, reliability, global reach, etc. Zoom had to obtain national approvals and recruit partners, and it did this all very quickly. Companies like Aastra, Avaya, Mitel, NEC, ShoreTel, Toshiba, Unify, and more have given us plenty of evidence that building a global UCaaS is really hard.

It has not been Zoom’s M.O. to acquire, though it has done so at least twice. In both cases, they were relatively small acquisitions. Zoom’s super power is rapid development. It also enjoys significant benefits with a single stack (UC and Meetings) solution. Before the intent to acquire Five9, I predicted Zoom would make a small CCaaS acquisition, so I’m back to that now.

A small acquisition would give it a headstart with tech and people. I’ve mentioned before companies like Edify and Ujet that would be easy for Zoom to swallow and would tremendously accelerate the development of a viable, integrated CCaaS solution at Zoom.

What’s Next for Five9? Five9 will get back to business. They now are back in charge of their own destiny. It is remarkable how much Five9 has changed in the past four years, but there’s still some gaps in its portfolio.

I expect that Five9 is going to see its stock price increase significantly, so more acquisitions seem reasonable. It has made three tech tuck-in acquisitions in the past few years, but there’s more opportunity. If Five9 is ever going to get recognized as a Leader in the Gartner CCaaS MQ, it is going to need significant international expansion. That will require filling some tech gaps, but more significantly it will require subject matter expert feet on European streets.

Five9 is in a great position for some big acquisitions. CCaaS has a lot of adjancies, and I can think of several game changing buys. There’s CC such as Five9 picking up a European-based SI or picking up a contact center OEM with an international presence. I can also see Five9 acquiring its way into CDP or UCaaS.

There’s also the other way around – firms acquiring Five9. The usual suspects are Microsoft and Salesforce, but there’s plenty more.

While I was generally positive on the acquisition, I’m not too upset about its collapse. The integration was going to be very complex, and it was going to distract both companies for years. While there’s certainly some synergies in UCaaS and CCaaS, these two companies have very different sales motions. Zoom is very streamlined, whereas Five9 is high-touch.

I doubt that either Five9 or Zoom are upset about this out (disappointed yes). By not merging, the companies will be able to do what they do best. Zoom will focus on being fast. The rate of innovation in video meetings is extraordinary. Zoom, Cisco, and Microsoft are in a battle where speed counts. Five9 is in its own battle with providers such as NICE and Genesys. There’s no time for huge distractions.