Part 7: Previously, I pondered whether Boeing actually had any human factors engineers.

After being unable to find the overhead light switch, after inadvertently dumping the oxygen masks in my row, after not being able to get out of the lavatory I have concluded that they do not. The windows won’t blacken enough to block out the sun. There is this mysterious ON-OFF switch with a lightbulb that doesn’t seem to actually do anything (it looks like a chair facing to the right with a table in front, but it isn’t a table light switch.) 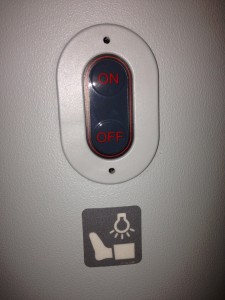 If there was any doubt that human engineering on modern aircraft is about three decades behind, you only need to look at how switches and controls a labeled and positioned. 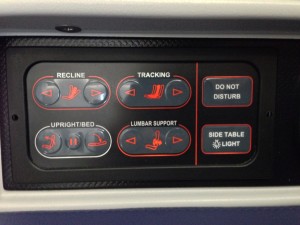 And look at this separate control: 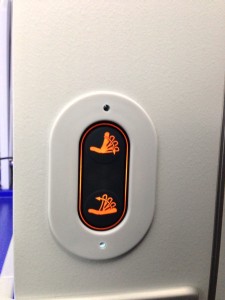 This button does the exact same thing as the “Recline” button in the control panel. So why the %{#^%% does it use a different icon? If there is one thing I know about human factors engineering it is that consistency is essential. Here we have two buttons that are identical in function and that are completely different in their design. One of them has a word, and the other does not. One has left and right arrows and one has curved seat arrows.

These two buttons could be the very model of bad, awful, terrible design.

The Do Not Disturb button does not indicate when it is operated, so you cannot tell which mode it is in. Why does the “Do Not Disturb” button warrant such prominence, but the attendant call button get hidden?

And then there is this “Side Table Light” button. It lights a useless blue neon light around the border of the table. That light doesn’t actually light up the table. Gosh, I wish that this button actually operated the overhead seat light. But it does not. That button may not even exist for all that I can tell. 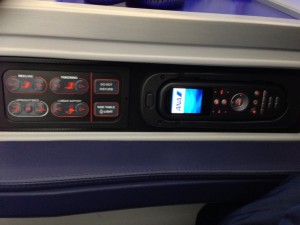 I don’t know what those microscopic buttons on the telephone handset do. The icons are too small for my eyesight to be able to discern. It doesn’t matter anyway because this telephone handset is positioned so far back that it is adjacent to your belly. You would have to be a contortionist to reach any of them. From what I could make out, the buttons are all printed sideways so I think you would need to be in the seat behind mine to actually be oriented right to read them.

Perhaps this type of design was the best we could do in 1950. Back then they did some pretty funky things, like putting an ashtray right next to the nuclear launch buttons.

But there can be absolutely no possible justification for a control panel laid out like this one in a modern context. I know these are harsh words, but just look at it. Surely even a corporate executive that only plays golf would be able to tell that nothing about this control panel is nicely done.

How do you call the flight attendant?

And, finally, there is this button: 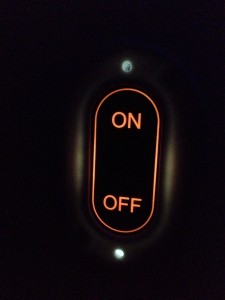 What does it do? Trust me, if I zoomed out you would not see anything more. This is not a sneaky photo where I have carefully cropped out the important part. It is just an ON-OFF button, sitting all by its lonesome. It has a light above and below it to indicate…something.

This photos reveals all sorts of goodies hidden behind a secret panel: 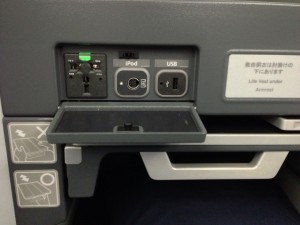 I’ll start with the “Life Vest under Armrest” sign. The seat has two pull up armrests. Neither of them are capable of hiding a life vest. I cannot begin to imagine where the life vests are. I’m not worried. Has there ever in the past 50 years been a single case where an airplane life vest was used and saved anybody?

The iPod connector doesn’t look like anything that any iPod I have ever seen can plug into. The flight attendants couldn’t explain what this S-Video-like DIN connector might have to do or how it might connect with an iPod. (Do people have iPods anymore? How about an iPhone connector.) and, what does connecting an iPod do? Can I watch movies on the large TV screen? Apparently not. Mind you, this airplane is just one month old. Why does it have such a bizare iPod connector?

Lastly, there is the universal AC connector. I am really glad that this exists. This one connector may look weird to the average person, but it is actually common in Asia and is very well designed. This connector can accept plugs from almost every country in Europe, Asia, North America, and Africa. It’s a good thing.

The only two issues I see with the AC connector are that it is hidden behind this door panel, so it is not obvious that it even exists. Also, it is located far, far away from your sidearm table. My iPad cord couldn’t reach far enough, so I couldn’t charge my iPad. In most airplanes the AC outlet is located in the center console so that it is close to your lap, the table, and the armrest. This location is not very convenient. But at least there is an AC connector and not one of thee proprietary inPower connectors that never seems to work.

All in all, I don’t understand why Boeing doesn’t hire human factors engineers. When you are selling an airplane that costs tens of millions of dollars a year, you should hire and value a good human interface designer, there is just no excuse for these poor design features in an airplane designed within the past decade or two or three.

If anybody ever finds out how to turn on the overhead light, perhaps they will send me or ANA a note? Please?

Part 8:  In closing this series of blogs on the Boeing 797 Dreamliner I feel compelled to say a few nice things.

The openness of the interior is gorgeous: 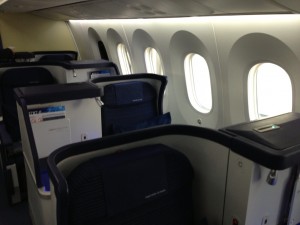 And, the plane is gorgeous! It gets great marks in how it looks on the outside: 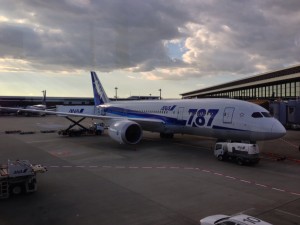 He is the view from the inside, looking out: 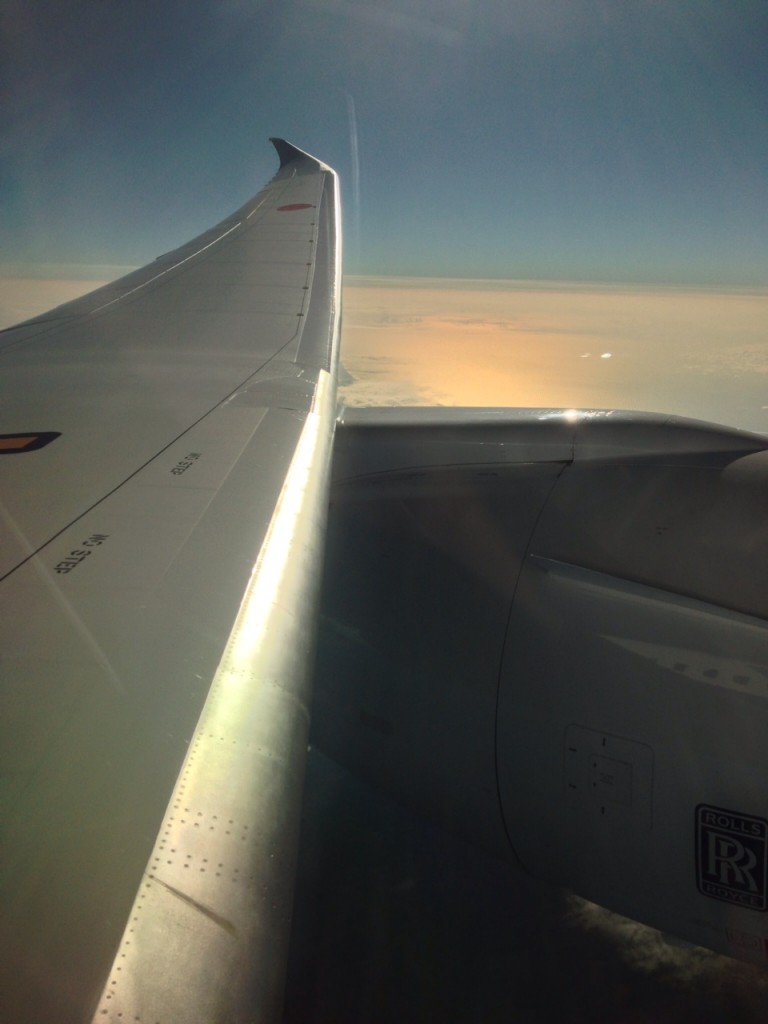 And, the bathroom ashtrays are “cute.” (I hope they never get used.) 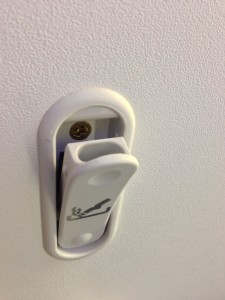 This concludes this series on the Dreamliner.

Vonage aims to stake out a claim in the growing area of conversational commerce with its acquisition of Jumper.ai.