At the recent LA ITExpo conference, a StartupCamp event roasted five young companies and audience participants were given the opportunity to  “invest” in the firms of their choice. The darling of the event, peoples choice winning investment, and by far the most interesting, compelling, and worthless was Cloud Telecomputers. 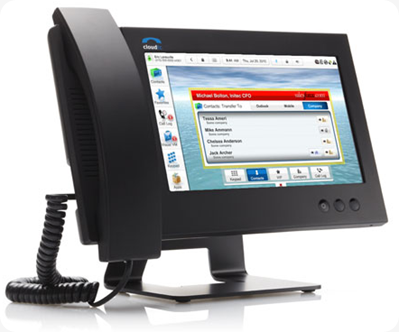 It was an impressive event. Embrase Business Consulting organized the event for the second time (see post from the first even here). The keynote presentation and the toughest of the judges was Jeff Bonforte most recently of Xoboni. Jeff’s presentation was priceless. Unfortunately, the only video of the presentation was removed, so instead you will need to seek Jeff out personally, or check out the book Inspired which includes some contributions from him. One thing he cautions against is listening to irrational early adopters that give bad advice.

Jim Willenborg, Founder and Chairman of Cloud Telecomputers did the presentation for his company which makes an Android based desktop SIP phone. I am not sure how the mobile phone – prone to battery failures, reception issues, and its miniature screen and keypad claimed the title “smartphone”. Smartphones are about a tenth of the size of its desktop cousin – a good chunk that being the battery – surely a desktop phone should be smarter; but few (if any) are. The desk phone is used basically for one thing – making phone calls. Conversely, a smartphone does everything; it’s a camera, a recorder, a portal to email, a navigation device, a social device, a book, and so much more.

Jim did an excellent job with his presentation and handled the judges, even Jeff, deftly. Jeff was upset that Telecomputers was a software company, yet dealing with hardware. Jim explained that hardware (the phone) was absolutely necessary to prove the concept and his arrangements with offshore manufacturing firms offered minimal exposure. Cloud Telecomputers does not intend to be in manufacturing, but to license the software (at $5/phone) to other firms.

Jim also explained a big challenge of moving the code to a desk phone was undoing all the battery management contained within the Android source. Android was designed for cellular phones and has numerous scattered lines of code designed to minimize power consumption; none of which is necessary in an always-on device.

The notion makes a lot sense – the basic desktop phone needs a major facelift. We live in a connected world, and the desktop phone is an always-on IP device with a screen and usually a keyboard. Yet, the desktop phone’s key functions remain largely unchanged from its pre-IP days; hold, redial, speaker, and transfer. Since mobile phones have constant power issues, and the desktop computer (or its screen) isn’t always available, there should be an opportunity for the desk top phone to expand its type-casted role.

Why not put some smarts in the desktop phone? This is a recurring topic in this blog starting with “The Problem with The PBX is the Phone” 11/08. Android has a powerful ecosystem – developers, applications, appstores, and more. Certainly Android on the desktop could be powerful.
We are currently experiencing a mobile revolution, we already experienced as desktop revolution, will there be (another) desk phone revolution? Willenborg certainly believes there will be, and he isn’t alone. He managed to get $5 million in funding from a consortium headed by Ed Zander formerly of Sun and Motorola. He’s also attracted Cheryln Chin as the VP of Marketing. Cheryln was the VP of Smartphone Product Management at Motorola during the the first Droid launch.

To me, the opportunity for this phone are Android applications designed for unified communications. I want the desk phone to become as easy to operate as a mobile phone. Most people are very comfortable with features such as three-way calling or conference calling on a mobile, but freak-out on a desk phone. There’s been some improvement with contextual softkeys, but an Android touch sensitive screen could really improve the accessibility of advanced features. Something as simple as a conference call display that indicates who is talking with the ability to access features (record conference, mute Bob, etc.) through easy swipes instead of non-intuitive menus and up/down keys (flash?).

The problem is Cloud Telecomputers doesn’t want to do that. The company has no projects working with communication system manufacturers. Instead it has a plan to develop its own library of applications (independent of the phone system) and sell them on a subscription basis. For example, a call logging system that updates SalesForce.com. Net new subscription revenue (versus replacement subscription revenue) is a tough sell. Willenborg comes from a direct mail background, not telecom. His model is spray and pray not integrate. The company launched its phone at the MetaSwitch conference, and only showed up to ITExpo because it was selected for StartupCamp and was wondering why Metaswtich was such a miss and ITExpo was a hit (because it’s a phone).

Cloud Telecomputers is listening to the irrational early adopters – everyone wants a cool phone, and spending play money at ITExpo is easy. Spending $500 to display Gmail or weather apps is an entirely different matter. A chumby is a better buy. I just bought a $99 Android tablet that could suit my desktop needs (if any) just fine. The company is going to need some compelling business apps – that make more sense on a desktop phone than a desktop computer or mobile phone.

Avaya, Cisco, Polycom, Siemens and many others are very likely interested in an Android phone. Both Cisco and Avaya already announced Android based tablet devices and more Android devices are expected. These firms have expertise and volume on their side in off-shore manufacturing. These companies already have applications that will benefit from an intuitive desktop GUI as well as a base for potential demand.

Can Telecomputers position its (product, company, or license) to a UC vendor for less than the UC vendor can develop the free Android OS on its own. That might be possible if Cloud Telecomputers actually starts shipping a product. The problem is this product has been on the horizon for a year and still only has a prototype and no partnerships. Meanwhile, major manufacturers are announcing Android endpoints (with applications).

What I learned from this and the event is irrational early adopters love Gmail on a phone-top.

The headline is that Five9 and Zoom mutually agreed to terminate their merger. I suspect the Five9 shareholders rejecting the deal had a lot to do with it. In this post I expected Zoom to sweeten the deal, but figured…