Teams and its 13M Milestone

Well, I can’t make fun of Microsoft any more for not publishing daily active users (DAU). Microsoft has largely danced around actual adoption with positive but vague hints. We can see now that adoption was indeed lower than Slack — until now. This month Teams hit 13M DAU. Two very important notes here: (1) in cloud, DAU is all that matters, and (2) in enterprise messaging, Slack matters.

13M likely makes Teams the workstream collaboration market leader, as Slack is the most well-known alternative. The rate of adoption of Teams is also accelerating. It is impressive considering Teams is less than three years old.

It’s also fascinating that beating Slack is an accomplishment for Microsoft. Slack was barely known four years ago, isn’t sold in a bundle, and does something that most people still don’t quite get.

On the other hand, Microsoft has been going after Slack with everything since Teams launched: every MS conference has Teams in a keynote, Nadella himself promotes it, it’s included for free in every O365 bundle (which had 180M subscribers last April), and it’s also available for free to non-O365 users. Microsoft has directed every SfB customer (more than a decade of installed base) toward Teams. Not to mention, Teams is available in 53 languages in 181 markets. 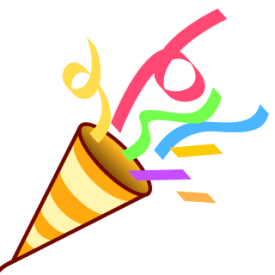 Teams will continue to grow. It’s effectively the linchpin of Microsoft’s O365 vision and strategy. It’s an app, it’s a platform, and everything in O365 (except email) touches it. For more info, see the TalkingPointz Teams Update (full subscribers) published earlier this year.

This first appeared in the TalkingPointz Monthly Report for July 2019. Anyone can subscribe to this monthly content here for a small price. 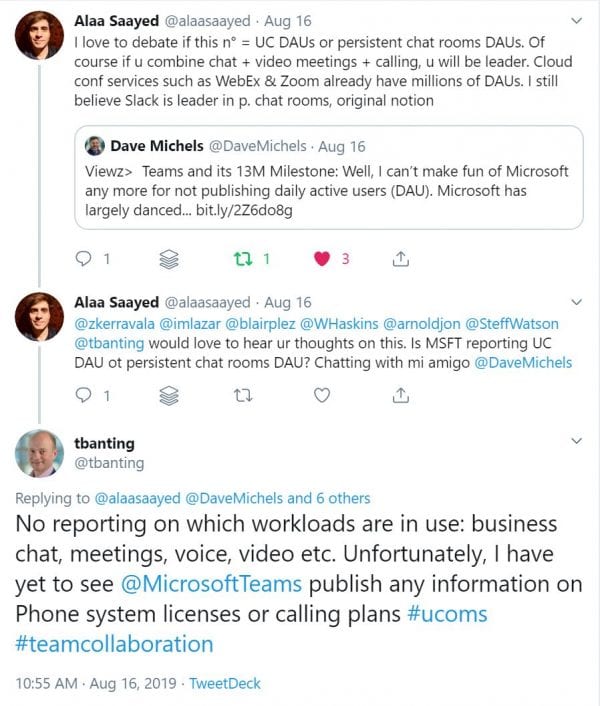