While Slack gets its fair-share of publicity as an innovative technology provider, its story is less understood within the UCC space. Slack may not have been the first messaging-centric collaboration solution, but it was the first to breakthrough. Virtually every team chat solution available was at least partially inspired by Slack. The concept of channel based messaging is relatively young. The first similar concept I saw within UCC was the Ansible project later launched as Unify Circuit. Cisco launched Spark (now known as Webex Teams) not long after after Slack. MS Teams is only about 3 years old.

Today, most UCC companies have a team messaging component. Most UCaaS providers have a triple-play with voice, video/meetings, and team messaging. Slack has mostly been a pure-play message-centric platform, but its recent partnership with Amazon should expand its real-time capabilities. 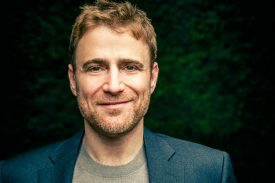 Stewart is one of the few founder-CEOs active in the UCC space. He has, so far, navigated impossible odds. Stewart and Slack have redefined modern enterprise collaboration as both an application and as a platform. Neither are willing to follow established norms, consider:

Stewart answers every question we threw at him during this informative podcast.