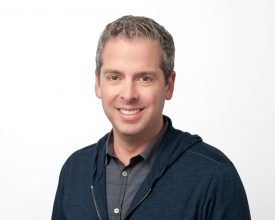 This was a really fun conversation. Javier didn’t hesitate or deflect any question we threw at him. Quite the opposite, he provided thorough and thoughtful responses. This is actually new for Google. I’ve been following Google’s productivity solutions for over a decade, and there’s been very few accessible executives. This podcast is one example, but Javier also personally engaged with analysts regarding the launch of Google Workspace.

I previously concluded Google is great at innovation, but weak at implementation. There’s been too many examples of Google introducing a great innovation that Microsoft subsequently perfects. You could conclude, for example, that Google inspired Microsoft Office 365 (when Google Apps was introduced, there was nothing like it – a web-based productivity suite). It’s similar with the Chromebook which now has company from Windows X as a low-TCO cloud-optimized device.  Most recently, Microsoft is now running with Chromium, and Edge is getting noted as an innovative alternative to Chrome.

You can subscribe to TalkingHeadz on most podcast apps, such as Amazon Music.