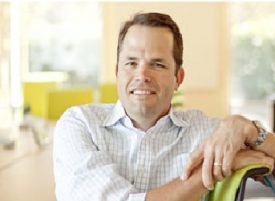 It’s been fascinating to watch Craig disrupt communications, it’s a show that never stops. Craig popped up on my radar at Grand Central (I still have that number, now associated with Google Voice). But, Craig was busy disrupting before that, and has remained disruptive after leaving Google. Dialpad is one of the most innovative UCaaS providers in the space. The company recently introduced TalkIQ technology that actually offers pop ups if you say “um” too much. Dialpad was the first UCaaS providers to nail the Android client with carrier based services instead of voice over LTE IP (now a common feature. It’s also one of the only UCaaS American companies that is getting traction in Japan.

Craig is one of the nicest, most accessible execs in the space. The team at Dialpad is impressively cohesive, and many of them have been together for several companies now. Craig is active on Twitter too.