In this TalkingHeadz, Evan (LinkedIn / Twitter) and I talk to VP Avaya Innovation, David Chavez about Avaya Mobile Experience.

At Enterprise Connect 2018, Avaya announced that it is now a carrier. If you think that’s strange, it gets better because the company is specifically a Mobile Network Operator (MNO). Yes, it feels a bit like science fiction, but that’s because the architect of this strategy is Dave Chavez, Avaya VP Architecture and Innovation — and he’s a scifi junkie. Mobile Experience is an intriguing twist, in part, because it’s so confusing. For example, Avaya is really a virtual MNO, but it’s not a Mobile Virtual Network Operator (MVNO).

Avaya Mobile Experience is conceptually simple, but nothing like it currently exists. It is potentially a very significant development. The first iteration of the solution is fairly network focused. However, there are many ways Avaya can and likely will expand the scope of the service — it has incredibly broad potential.

Avaya Mobile Experience is one of those ‘holy crap, this is so obvious’ type of announcements. For decades the contact center has prioritized 1) contextual awareness, 2) enhanced self-service capabilities, and 3) a better mobile experience. Avaya Mobile Experience can hit all of those because the mobile network is smarter than the traditional toll-free network AND because most calls into contact centers are from mobile devices.

The question is if Avaya can be successful with it and fast enough to benefit from its first mover advantage. 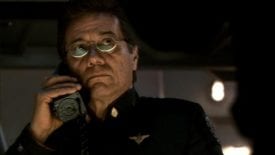 It’s not random that it was Avaya that saw the potential of leveraging the cellular network in such a new way. Avaya managed to turn its Bell System legacy into an advantage in 2018. TalkingPointz has many posts about the Bell System, mostly from a historical perspective.