Clear is the latest program to try and improve both airport security and help speed fliers through security check points.  It currently fails at both and is not worth the $179/year premium.  TSA Pre(check) is still the best way to go. 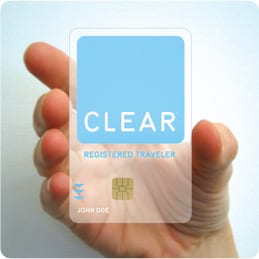 Clear’s security objective is to use your biometrics, finger prints and iris scan, to check your identity.  This makes sense, but the current execution has some major gaps including:

So, you pay $179 with minimal benefit to you, the customer, nor our nation’s security.  I expect more from my country and those that are paid to make this world a safer, better place.  TSA Pre is still the way to go.  Thanks to TSA Pre’s recent policy to stop accepting frequent fliers such as Delta’s Platinum and Diamond members, I now have to re-enroll and pay the government some additional money.