I worked for and deeply admired the old Bell System. There was an obsession with quality and with service. Every employee had the feeling in their bones that their job was important, even essential.

The classic picture of a lineman up on a pole in a storm, ensuring that service was uninterrupted captures how people really felt. Switchboard operators would skip going home so that they could provide service during a storm. 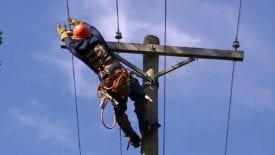 This could never, ever have happened under the old Bell System. Calls would be re-routed. The network was physically diverse. 24 hour a day NOC (Network Operations Center) personnel would instruct switches to route around traffic, calls would be load balanced. The problem would be minimized.

The internet was specifically designed to self-heal. It was an explicit requirement by the Department of Defense (who oversaw the design of the internet) to make it invulnerable. No combination of cable or switch failures is supposed to allow such a massive failure as we just experienced.

But it happened. Something is seriously wrong. I don’t know what it is that is wrong, but this should scare the daylights out of everybody. Te fact that the Internet failed should be a wake-up call that something is badly amiss.

I don’t know what the issue is. Perhaps.

This outage should be a wake up call.

But I don’t think it will raise many alarms. Who really cares if the network goes down?

Comcast is going to make the same money whether it is up or down. So will cell phone companies? Those that suffer financial losses cannot sue because of service agreement prohibitions. Regulators don’t seem to care much about the public.

Who really would care? (Hint: The fact that you do care doesn’t count.)