Sometimes UCaaS over SD-WAN is Great

Enterprises wanting the performance guarantees and security of MPLS without the high costs and long install times should utilize SD-WAN technologies with the Internet for their UCaaS offering.  While all the major UCaaS vendors offer an SD-WAN option, not all of them perform the same.   To ensure Over The Top (OTT) success of your UCaaS service, make sure they meet the five requirements listed below. 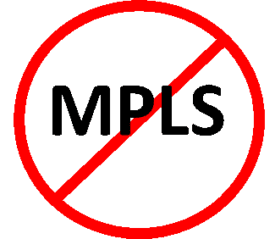 With the proper implementation of SD-WAN technology, enterprises can stop using private MPLS networks and instead use the public Internet to connect users to services.  MPLS networks add latency (back haul to PE router and the number of MPLS POPS dwarfs that of Internet exchange points), do not have publicly available caching of content, are overly expensive with vendor contracts that lock one in for years, and take months to provision.

Yes, voice is a critical application that is very sensitive to delays, dropped packets, and jitter, but SD-WAN technologies have overcome these inherent challenges with the “best effort” Internet by using multiple Internet paths (dedicated, cable, DSL, LTE).  MPLS is no longer required for performance and security guarantees.

Enterprises should add into their UCaaS SLA a Quality of Experience (QoE) metric of 99.99% reliability with a MOS score above 4.0 for their users.  To get this SLA, MPLS is no longer required.