ShoreTel today announced that its new CEO, Peter Blackmore, intends to retire, but will remain on board until a replacement is found. 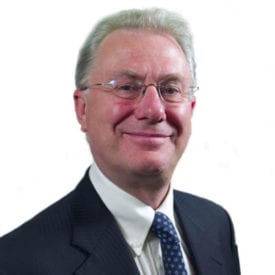 “It has been a privilege to work with the ShoreTel team,” said Mr. Blackmore. “I am confident that the company is well-positioned in both the cloud and premise unified communications markets. With recent changes to our organizational and cost structure, we can now scale with a model positioned for profitability, enhancing our objective of delivering improved shareholder value.”

Blackmore was appointed in December of 2010, after a five month search to replace John Combs who departed in July 2010. During that transition, SVP Don Girskis acted as interim leader (Don left ShoreTel March 2012).
Blackmore came from IP TV specialist UTStarcom, where he also held the role of chief executive. Prior to that, he was worldwide sales, marketing and technology chief at Unisys and he has also served as executive vice president of HP’s Customer Solutions Group and its Enterprise Systems Group.

Last November, Blackmore was named one of CRN’s Top 100 Executives in the IT Channel for 2012 in the Innovators category.