I don’t know when the Singularity will occur, but I do know that human sexual relations with robots are coming – and it’s going to be great!

That should be no surprise considering the converging trajectories of multiple technologies . . . oh, and the fact that it’s already happening. It may be a while yet until androids are indistinguishable from humans, so don’t book your trip to WestWorld yet, but that’s coming too.

There’s a bit of contention regarding where where sex toys end and sex robots begin. But defining robots is harder than one might conclude. They just don’t seem to be what we’ve been expecting, like Robbie the Robot warning us of danger. But that’s a different post. 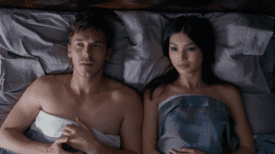 There’s little debate that humans are gluttons for pleasure. Sex, drugs, rock ‘n roll, or [fill in the blank]. That first in in particular seems to consume us – it certainly consumes our advertising- as they say ‘sex sells.’ Proof? Viagra sales are so strong that it’s still Pfizer’s top selling drug. And, remember prostitution is commonly known as the the oldest profession – older than Arc building.

It’s also pretty clear that humans are becoming comfortable with robots. That’s because robots are moving from the assembly lines into our homes. Yes, consumers are voluntarily purchasing robots to assist with common tasks such as mowing the lawn and vacuuming. It’s not much different conceptually than buying a dishwasher.

Concurrently, robots are getting friendlier, even cute. Robots become androids when given physical human traits like Honda’s ASIMO and Pepper. You don’t have to be a nerd to see beauty in robots either. Erica, the “most beautiful and intelligent” android from Japan has facial features blended from 30 beautiful women. I should also mention that humans are becoming androids with artificial limbs, pacemakers, and more. Bots and humans are evolving toward each other.

There’s also been tremendous improvements in ancillary technologies. Animatronics has provided more life-like expressions and lips that sync with spoken words. Materials sciences have provided silicone that feels like skin as well as human-like artificial hair. Now, cloud connectivity and AI are enabling richer interactions. I’m a sucker for a good conversation – like in the movie Her.

Robots are becoming so sociable that they are effective at teaching. For example, robots teach exercise classes and chant at Buddhist funerals. Japanese firms are developing Carebots that assist the elderly. Carebots perform a variety of home-based services such as monitoring patients and medication usage. The Robobear bot can assist seniors in transferring from a bed to a wheelchair.

Put this all together and it doesn’t take much imagination to see what’s next. The concept of a non-human companion that’s always available to please probably goes back centuries, and it’s a big topic in our current world.  I’ve already mentioned HBO’s WestWorld and the movie Her, but the media list is long. Special call out to Austin Powers’ Fembots. Even Trek TNG showed this with Data and Tasha. Who can ever forget the Stepford Wives. In the AMC series Humans, families buy synths as beautiful, robotic servants that have “adult mode” for after-hours activities.

RealDoll by Abyss Creations produces about 600 sex dolls a year. Newer models for as much as $50,000 use AI to create unique, rather than predictable, responses. Pioneering bots like these are too expensive for the masses, but we can guess how this tale might end. Like most tech tales decreasing costs, commodification of parts, and economies of scale can lead to mass markets.

The big issues are not technical

Sex with bots is inevitable, so we should prepare ourselves for some seriously complex ethical and moral controversies.

Privacy is already a complex topic, but sexual details can be more confidential than financial information. Sex bots will have digital trail that reveals fetishes, perversions, and other personal details. Where is this information stored and how? Who can access it?

Then comes security. There’s been several cases where hackers obtained access to consumer products ranging from Jeeps to baby monitors. The German government had to ban the sale of a children’s doll because hackers could eavesdrop on personal conversations over its unsecured Bluetooth connection. Can you imagine what hackers can do to a connected sex doll?

The ethical issues relating to sex bots get murky very quickly. For example, will sex robots be good for society (everyone just chill) or will they objectify women and foster rape culture?

If AI makes robots effective at learning, is there a risk that robots become such good experts that humans prefer them as partners? If so, is that a problem? I don’t need any assistance, but I am sure others do. Perhaps sex robots should be used in high school sex education.

Those are minor issues compared to attempting to define acceptable and even desirable usage. Will sex robots have different modes to accommodate straight and LGBTQ preferences? If so, is it wrong to have straight sex with a gay robot? That one opens the Pandora’s box of a bot’s right to say no, or is that just ludicrous? Not really, lawn mowers say no when their safety bar isn’t pressed. Exercise equipment often regulates the user’s heart rate to keep it within “safe” levels. So, perhaps if a robot determines unsafe conditions it should/must refuse its owner.

Is it socially acceptable to borrow a friend’s sex robot?

Remote control of a sex robot, the next version of phone-sex, also introduces complexities. If the person controlling the avatar isn’t who they say they are, is that rape?

Should sex bots be protected from abusive owners? What is abusive? Pepper’s user agreement bans its users from having sex with it, but that’s all sex. It gets trickier to restrict specific sexual behaviors. By the way, I wonder why they felt that restriction was necessary – I don’t think my toaster or television have such restrictions.

Should it be illegal for sex robot makers to produce non human designs? I imagine in Australia the Sheep-bot could be a big hit.

What about models with the appearance of a 14-year-old child? That clearly should be against the rules, except that the age of consent varies in countries. China is good with 14. What if an “under-aged” bot is the recommended treatment for a pedophile to live normally in society?

At the current rate of technology, we are going to have to address these types of questions very soon. IDC recently forecast that robotics and related services will hit $135.4 billion in 2019 with an annual compounded growth rate of 17%. A majority of that growth is taking place in China, which increased shipments 27% to 90,000 bots last year.

As everything becomes connected, IoT will radically change many products and services — as well as introduce totally new concepts. Just don’t think IoT is only about jet engines and smart toasters.

For additional information see Love and Sex with Robots by David Levy.

A long hold time does not necessarily mean too much demand. I think a lot about queuing theory. Today, it’s mostly about contact centers, but in the old days it was basic voice engineering. Most telecom engineers today missed all…