Scorpion and Other Nails-on-the-Board TV Shows

My wife and I watched an episode of Scorpion, a TV series that she found interesting and I found impossible to endure. This episode had them hacking a telephone.

The geniuses needed to make a phone call and the only phone available was an old phone with no dial. 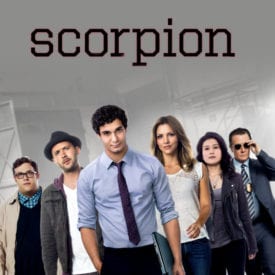 So one of them announced that you could remove the mouthpiece, scratch one of the screws with a coin to get a 2600 Hz tone and then you could make a phone call by tapping the handset. Hearing this was like fingernails on a blackboard.

The TV show writers seem to be targeting an audience that is ignorant but likes to feel they are especially stupid by being insulted technologically. I spent half an hour explaining why this scene just grated on my nerves.

The way you used to be able to steal local phone calls on a coin phone was to unscrew the mouthpiece. Coin phones were ground-start lines so dropping a coin would put a ground on the line to give dial tone. Since one of the lines went to the handset mouthpiece you could get a dial tone by opening the microphone and using a coin or Bobby pin or something to connect a nearby ground (like the booth frame itself) to one of the terminals. I will never admit to having done this personally, but it worked.

The 2600 Hz part of this is even more incorrect. The lines between long distance offices didn’t use current to signal on-hook and off-hook, like a local phone does. They were often radio lines with 2-way audio only. So 2600 Hz would be played over the line to indicate it was on-hook. If you dialed an 800 number the local central office would think the call was free and wouldn’t bill the call. Now, you could play 2600 Hz tone over the line and the remote long distance office would think you had hung up. (But your local office doesn’t listen for this, so it thinks you are still on the 800 call.) Now, you could pulse dial any number you wanted using 2600 Hz pulses and the remote office would put your call through while the local office thought you were still on an 800 call. All of the mistique around Blue Boxes is just this.

Finally, tapping the handset to make a call is bogus. The truth was that you could pulse dial using the switch hook. One short tap for the digit 1 and 10 short fast taps for the digit 0 (which is represented as 10 internally to central offices.) So if you went to one of those airport kiosks where you could push a button to call a hotel, you could really call any number nationwide by tapping the hook switch to dial.

This mix-up of reality with Hollywood was very frustrating because it was clearly written by somebody who knew the truth behind these legends, but who must have been coerced into mushing it up into meaningless nonsense. At that point they may as well have just told the audience you can secretly reach any party by using fingernail polish to write the phone number on the bottom of a phone.