I was one of the first people to get an Apple Watch. Not surprising since I have an iPhone 6 plus, use a retina MacBook Pro, and my office has a 27” iMac with a 5K display. I’m an Apple guy.

So, of course, I purchased an Apple Watch. 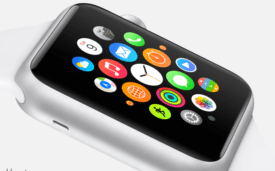 I hated it. Just absolutely hated it. Let me count the ways:

I really could go on and on. I hated it. I found after a few days I was just not using it.

Thank goodness for money-back policies. Oh, by the way, Apple’s policy is that you have just 14 days, not the more usual 30~60 days most retailers give you. It’s perhaps characteristic of the “Tim Cook Apple” that they have such a customer-unfriendly policy.