I’m wondering if there are any more #1 ESS switching systems in service. There were a dozen of them three years ago. I haven’t heard since. I really would like to know.

It was a Central Office designed to have 2 hours of cumulative downtime over a projected 40 year lifespan. That is, counting all of the downtime for any single switch over a 40 year period was never to exceed 2 hours. That included emergencies, maintenance, software and hardware upgrades, and accidents including fires.

That is 1 hour of downtime for every 10-Million hours of service! Or, for those of you know know about data centers, it is a reliability of 99.9999999%. Yes, nine nines reliability. Nothing made today is that reliable. Nothing.

Now here is the amazing thing: I happened to bump into the Ball Labs engineer responsible for compiling the reliability numbers of the #1 ESS. His job was to measure in actual field life what the real uptime was. He smiled as he told me the result: It came in twice as reliable as projected…just about one hour of downtime per 20 million hours of service. Incredible.

These numbers are amazing. But you have to remember that it is using 1960s technology. There was no solid state memory, it was magnetic core memory (and “twister” memory.) Program were store on large aluminum cards with magnetic dots. There was no TTL or solid state logic…it was all RTL and more commonly just diode logic. But it worked, and it worked well.

You might think that this old tech was power hungry. Not so. The #1 ESS consumed a quarter the power of the replacement digital system the #5 ESS. One of the major considerations when upgrading a #1 ESS to a #5 ESS digital switch was all of the power needed. Oh, and air conditioning, since the #1 ESS had no fans and needed no air conditioning. It marched along just fine in a 100-degree equipment room.

I just can’t help but be in a little bit of awe over the engineers 50 years ago to have built such an incredible system.

And, nobody thought that there would still be a few of them in service 50 years in.

I wonder where the last ones are (were?). Nobody seems to know…or care. (I care. I would love to hear. Anybody?) 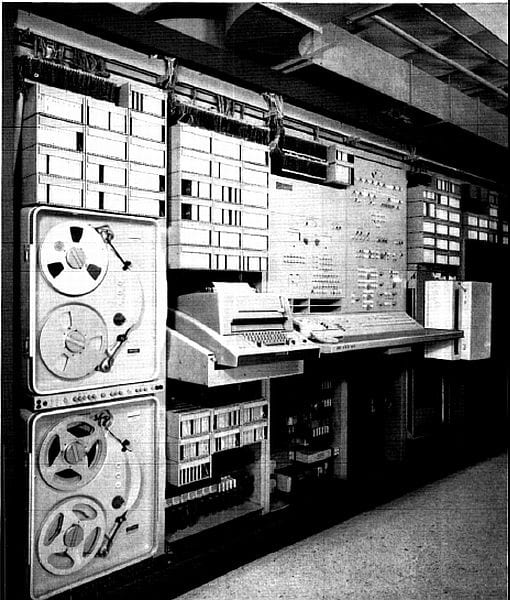