Power to the Callers

It’s that time of year again, a time when there are increased power outages. What can you expect? Silence if you use VoIP. 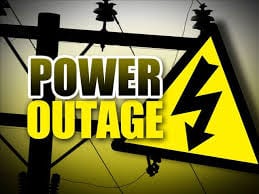 Comcast sells battery backups for your VOIP service. The battery provides about 8 hours of backup. But those eight ours are pretty worthless.

We just had our first extended power failure of the season and Comcast’s node went down after 4 hours. That is, we lost all internet and telephone service due to remote power outage that lasted for (at least) 4 hours.

There is an “8 hour rule” and also a “24 hour rule”. These rules state that telephone companies (common carriers) must provide 24 hours of emergency power to Central Offices. Cellular service must have 8 hours of battery backup. (The carriers vehemently fought this rule, by the way.)

VOIP services are likely to die within 4 hours, or in many cases after just 2 hours or even 2 minutes. VoIP is not considered a Common Carrier. It was deregulated, so there are no requirements for any length of service during a power failure. Internet services are also likely to die after 2~4 hours, for the same reason.

Cell service will work for 8 hours, except that if it uses a private backhaul service (such as Comcast). Even though the tower is live, there will be no internet and probably no voice (the 8 hour rule applies to the tower, not to interconnecting facilities). After 24 hours you will probably have no telephone service, no cellular, no VOIP, and no internet.

So what would you do if a storm knocked power out for more than 24 hours? Do you have a plan?