Most large enterprises spend 15% of their IT budget on networking and communications.  Your network service providers and hardware/software suppliers are incented for enterprises to spend more, not less on services. 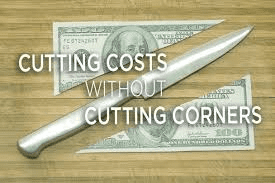 Enterprise network bandwidth requirements double every 2.6 years and the number of devices on the network doubles every 1.8 years, which keeps network managers and engineers busy just keeping up.  Most enterprises look to get the best discounts for what they buy, but they end up saving pennies on the dollar compared to starting from scratch with a new architecture and sourcing model.   After years of conducting enterprise networking workshops, I find that smart enterprises can cut spending by up to 50%, starting with these 3 strategies:

To improve network performance, reliability, agility, and security while cutting network costs requires a totally different approach than what the traditional carriers and vendors sell.  Cloud providers have adopted the above strategies along with leading enterprises who have a proven track record that getting more out of your network for less is possible.

While it is easy to spend money, it is hard to save money!