Our Dark Future is a Re-run

Those who don’t study history are doomed to repeat the past.

History used to be my least favorite subject. I thought it was useless. But I learned an invaluable lesson: history repeats itself. It repeats because we forget learned experiences and then out of sheer ignorance we repeat previous mistakes. 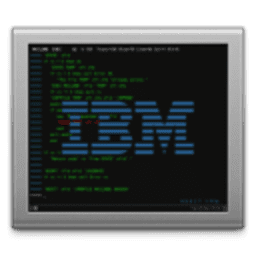 The failures of bridges have been studied. The most notable finding is that bridge failures have a frequency that oscillates with a 2-generation cycle. Great bridge designers learned from the failures of the previous generation and designed bridges that worked. Then, the next generation finds ways of building bridges more cost effectively by eliminating unnecessary safeguards. There is an ensuing era of bridge failures, and then the cycle repeats. This pattern is well documented.

My newest frustration is the celebrated “Dark Mode” on computer monitors. This one drives me nuts. First, I just cannot read text on a black monitor, and second, dark-mode defies thousands of studies and decades of experience with human factors design.

Originally, all monitors were “dark mode” because it just wasn’t possible to design them to have black text on a light background. Dark monitors were hard to read and gave people headaches. IBM dramatically improved this in about 1970 with long-persistence phosphors that has a persistence of about ¼ second. Then, starting in the early 1980s white phosphors were developed which allowed black text on a white background. Headaches were reduced and it was a universal conclusion from studies that black on white improved productivity and reduced fatigue. The addition of higher refresh rates (75hz and then 90hz and then 120hz) in the 1980s and early 1990s made up for the fact that light phosphors had short persistence. LCD screens appeared and improved rapidly and so persistence and refresh rates became a complete non-issue.

Now, suddenly, the new generation is all excited about dark mode…the same retro look and feel of computers from the 1970s. I don’t understand this fascination, except that it is “different.” It defies decades of studies on human factors and good ergonomic design.

The two basic problems with Dark Mode are:

1) When you go from looking at a printed page or an office to your monitor, your pupil must increase in size. This takes time, and it makes switching between your monitor and the normal daylight world slow and stressful.

2) Dark Mode requires a larger pupil size. For most people this means that there is less light and fewer optic nerves being stimulated. This means it is harder to discern text. But for some it is more extreme: a larger pupil means that distortions and irregularities are accentuated in the dark. A toric cornea will make reading in dark mode almost impossible. Those who have had LASIC surgery will experience halos around all text. The unfortunate few who have had PRK or PK surgery will have stars around all text.

There is one group that definitely benefits from Dark Mode monitors: those persons who already have dilated pupils. If your pupils are dilated already, then Dark Mode can be a pleasant relief because a white screen lets in too much light. Now, I’m not saying there is a correlation between the legalization of marijuana and the rising popularity of Dark Mode, but it is possible.

In any event, Dark Mode’s rising popularity does remind me of bridge collapses and history repeating itself in oscillations.