Over the past year or so, complaints and cries around UC Interoperability have been growing. As a response, there is a new organization in town and it is called the Unified Communications Interoperability Forum (UCIF). This is great news and will potentially fill a major UC hole.

Five companies joined to form the UCIF as an open forum to facilitate and certify interoperability of multi-vendor UC solutions. The founding companies behind the organization are Microsoft, Polycom, Juniper, Lifesize/Logitech, and HP. The organization is open and I expect rapid growth in member companies which already includes Acme Packet, Aspect, AudioCodes, Broadcom, BroadSoft, Brocade, ClearOne, Jabra, Plantronics, RADVISION, Siemens Enterprise Communications, and Teliris. UCF is funded by membership dues, and there are three types/levels of membership: Board, Contributor, and Adopter. UCIF will be organized similar to standards bodies, with a board and workgroup structure. Contributor members can vote within comittees, and Adopters can participate in workgroups without voting rights.
The UCIF took an initial pass at defining the UC scope to include video and audio conferencing, telepresence, presence and IM, desktop sharing, white boarding, data conferencing, and conference scheduling (notably missing is voice and messaging). UCIF intends to identify common customer scenarios to resolve interoperability issues that stalled broad adoption and deployment. The bigger challenge will be to create a testing framework for such a diverse set of vendors. This is a huge undertaking, and it is wonderful to see the vendors voluntarily forming together to improve the situation.
It is an impressive goal with big stakes. A recent report from the Gartner Group on Unified Communications stated: “No vendor product adequately addresses all of an enterprise’s UC needs. As a result, planners should not expect their UC requirements to be met by one vendor’s products.” I recently wrote “The Microsoft UC vision is very broad and impressive, but equally locked. It is known as a walled garden approach.” Zeus Kerravala of the Yankee Group wrote “Interoperability, standards and openness…has been a big problem, continues to be a big problem and will be one of the main reasons our industry crawls instead of runs.” The bottom line is many organizations are ready to deploy UC solutions, but interoperability concern is slowing implementation. Forrester Research recently predicted the UC industry in most of the world will grow to $14.5B by 2015, that was with the current interoperability constraints.
The first key point is one of clarification, UCIF is not a new standards body. The mission of UCIF is to improve the interoperability of existing protocols, not create new ones. Members will be strongly encouraged to participate in existing standards organizations. Success for UCIF will require a critical mass of adoption from the UC ecosystem of equipment makers and service providers which is likely to occur. The problem is many of the current standards are left to interpretation which cripples interoperability. For example, one of the key standards used in UC is SIP – but its implementation options make interoperability difficult.
The UCIF came together very quickly (and quietly), reportedly in just a few months. It is nice to see both senior level support behind it and an aggressive agenda. As the group is so new (today), many roles are still to be filled, but board members include Bernard Aboda Principal Architect (Microsoft) and Jeff Rodman Co-Founder and CTO (Polycom). The BHAGs include near term, midterm (3-5 years) and long term (+5 years) objectives including the obligatory roadmap and mission statement as well as a Telepresence profile specification, firewall traversal profile, and UC conferencing parameters. Overall, I am cautiously optimistic about the UCIF.
The caution comes from a few holes, but holes are standard issue with new organizations. The first concern is the initial emphasis on video over other UC components – HP, Microsoft, Polycom, Lifesize, Radvision, BroadSoft, Siemens, Teliris – the membership list is a Who’s Who of Videoconferencing with just one BIG exception. Will the UCIF be able to address interoperability issues beyond those pertaining to video? And what is the story with Cisco/Tandberg? I confirmed Cisco was invited to this party, but their lack of initial participation can mean anything from “its under consideration” to “hell no!” Realistically, Cisco will likely join up as it should consider interoperability of great importance. However, many of the UCIF companies have existing strategic relationships with each other – not as much with Cisco.
Cisco is not the only big fish missing from the initial membership roster; also missing is Avaya and IBM. Both of these companies will likely join as the UCIF broadens its UC scope and projects. Voice isn’t getting much initial love from the UCIF which is probably more reflective of its charter members than actual interoperability needs. Regrettably, keeping the focus narrow initially may be critical to success. UC has a tendency to become cripplingly broad if unrestricted – the roster could easily expand to carriers, cloud vendors (Skype, Google), mobility, and traditional voice vendors. As it is, the UCIF is attempting to create application level interoperability; this is a major and fairly unique undertaking.
One other area of concern is the lack of opportunity for end user involvement with the UCIF. It is currently set up as an “by the vendors, for the vendors” organization, but its success depends on meeting end-user requirements. I understand the logic – that the vendors respond to customer requirements, and the UCIF becomes a tool to help meet those requirements. It assumes the vendors not only understand customer requirements and priorities, but agree on them. An end-user advisory board to the UCIF could be invaluable.
This is an exciting time. UC is rapidly evolving and its wonderful to see cross vendor support to create a more powerful solution. It should also be interesting (entertaining?) to see how the UCIF actually sets-up internal communications and collaboration. Maybe, just agreeing how this group of vendors holds their meeting is all the work the UCIF really needs to do. 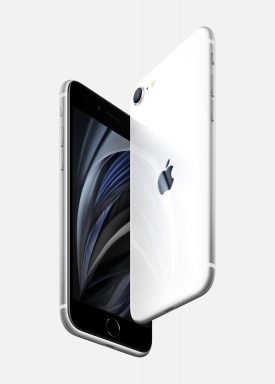 How to de-Fi your iPhone

I have a new iPhone 12 Pro Max. The main selling feature for me was the dual-SIM capability. I travel internationally a lot (Or, I did before we went into mass-hysteria mode.) So having my main SIM and a local…

Unify Office by RingCentral Lands in the U.S.

RingCentral’s strategic partnerships share many similarities, but the one with Atos has two major differentiators.