At Microsoft Ignite this week, and there’s lots of interesting announcements. Ignite is Microsoft’s biggest conference of the year. It is aimed at IT Pros. Also here in Orlando, Microsoft is concurrently hosting Envision aimed at IT Decision Makers. Tons of news, but I wanted to focus here on the announcements about Teams, Skype for Business (SfB) and collaboration in general. 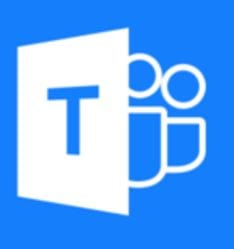 Microsoft has clarified its communications and collaboration strategy. That’s a good thing, because I was not the only one confused. The source of confusion is too many overlapping apps (Outlook, SfB, Teams, Yammer, and 1Drive). For example, what is the best tool to share a Word doc or the best way to schedule a meeting? While those answers weren’t completely answered, it’s a little less confusing.

SfB launched in 2003 as Live Communications Server, and a lot has changed since then. From a product perspective, SfB grew and matured significantly. From an industry perspective, it heralded the disruptive transition from voice to UC. Microsoft’s expansion into real-time services disrupted others, not itself.

It is important to note that from the get-go, SfB was first and foremost designed to complement server-based infrastructure. Its transition to hosted services has been gradual, with some misfires. Microsoft, like many premises-based vendors of UC, found UCaaS requires more than big servers.

Most premises-based solutions require considerable re-work to function with UCaaS. In Microsoft’s case, the result of this re-work was SfB Online. Many people assume that SfB Online and SfB Server are the same because they both use the same client. They aren’t the same—and now a change in clients may clarify that.

Also, because the UCaaS space is evolving faster than premises-based offers are evolving, a single client for both can create some challenges. IT departments complain when there are too many server-based upgrades, but cloud services often experience daily (or more) upgrades.

Does that mean the UC premises-based market is going away? Hardly. UC prem has decades of decline ahead of it. What it means is that the innovation lifecycle is slowing while new solutions, such as Teams, are emerging.

Microsoft is signaling its intent to disrupt itself, and it’s revising its UC. I call this UCaaS 2.0—conversations that include team chat, voice, video, conferencing, and rich content. Neither Teams nor SfB is a suitable client today, so Microsoft chose to double-down on Teams—at least for its O365 customers. SfB will remain the client for its server-based deployments with SfB Server. Microsoft has even made some vague references to SfB Server 2018.

To evaluate the numerous Group Chat solutions, I find it helpful to cluster them into two groups. The first includes Slack, Stride, Google Meet, Facebook Workspace, and (pre-Ignite) Microsoft Teams. These services have similar features, such as persistent messaging, integrations, bots, and often videoconferencing.

This group really wants to be the center of communications and collaboration. The problem is that they don’t address telephony. As a group, they make a big deal about offering a single tool for all your conversations, and they effectively recommend you solve any telephonic needs in some other way. The vendors who might sell you that phone system overlap with the second group: Comms vendors that offer messaging apps.

This second group offers a growing lineup of solutions, such as Cisco with Spark, Unify with Circuit, Avaya with Zang Spaces, and Mitel with MiTeam, as well as many of the UCaaS providers including RingCentral with Glip, Fuze with Topics, and BroadSoft with Team-One. And, soon, (post-Ignite) Microsoft Teams.

What makes the second group so much more compelling is they provide a single solution that encompasses people, content, and communications.

People come from authenticated contacts, directories, and teams. Content comes from documents and integrations to other applications. Communications (one-on-one and group) are enabled by messaging and real-time (voice and video) conversations. This distinction means that the solutions from this second group can become the main dish for daily workflow (workstream), whereas unified communications was always a side dish.

Most of the UC vendors that have embraced Team Chat have done so with separate applications. Microsoft’s vision differs in that it’s consolidating Team Chat and UC into a single client—at least for its cloud-subscribers. That’s a bold move that will cause some stress for anyone in a relationship with SfB Online.

The vision is clear, and I like it, but execution is what matters. Unify and Cisco, for example, are years ahead in developing their messaging solutions, but they haven’t yet nailed the combined single, cloud-delivered app. It’s doubly complex because Team Chat is rapidly evolving without the UC elements.

Teams was made GA only six months ago. The company now needs to achieve feature parity with SfB Online by connecting its Teams client to backend services currently powering SfB Online. Microsoft also needs to build a migration path for SfB Online users, create a new hybrid model between Teams and SfB Server, continue enhancing Teams, and continue to improve SfB Server and clients. It’s a lot to chew.

The transition is also going to create a lot of confusion for those that currently rely on SfB Online, including when and how to move and the associated issues such as user training.

Microsoft has made a ton of work for itself and will no doubt frustrate those committed to SfB Online. On the other hand, it has created a clear vision and path for customers flocking to Teams and considering UCaaS.