Update: About 20 hours after this post, The WSJ reported a Microsoft Skype Deal was very likely.

The Wall Street Journal reported earlier tonight that Microsoft–in what would be its most aggressive acquisition in the digital space–was zeroing in on buying Skype for $8.5 billion all in.
Sources told BoomTown tonight that the deal for the online telephony giant is actually done and will be announced early tomorrow morning.

According to GigaOm, someone is about to buy Skype – possibly as soon as Monday. Om wrote there are three likely buyers/bidders: Facebook, Google, and Microsoft. 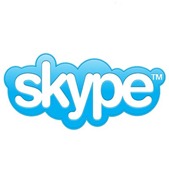 My first reaction was Google, but upon further reflection… Facebook wins if I was betting, but Microsoft should win.

First test, is Skype for sale. You bet. Effectively, that is what an IPO is – a giant for sale sign in their front yard. In order to do an IPO, you have to have all the i’s dotted and t’s crossed. It takes time, and Skype did that. For Sale to highest bidder. An IPO is attractive for many, but I don’t buy it for Skype. They have a huge user base and have shown some impressive growth recently – but its ultimately a freemium model. The user base is more valuable an asset than their profit engine. Plus, I think this is the second or third time Skype was headed to IPO just to be purchased before it got there.

Skype’s chief asset is their user base. Their technology is not that special – many companies including Google, AOL/AIM, Yahoo, etc. have similar. In fact, they don’t even own all their technology – Google owns their video codec (from On2 acquisition). Skype also uses H.264. The company does own a fair portion of their tech, like their SILK codecs, and of course their signaling – but that’s all used by Skype alone- no licensing revenue.

+600 million users is significant – plus 30 million concurrent users. There are very few things in the world, much less the world of telecom, that has 30 million concurrent users. Not to mention, these users are distributed globally and on multiple platforms and growing on mobile. Another key asset is partnerships. Skype has plenty – with hardware vendors, but even more importantly with mobile vendors and carriers. Skype works on most carriers and most mobile devices – including iPhones, iPads, and Android devices. User base and partnerships is what’s for sale here.

With any acquisition, the big question is will those assets go away with a sale? For the most part, probably not – Skype is a low maintenance carrier. It is not easy to call Skype (try to find a phone number). Very few people have a vested personal relationship with Skype – so as long as the change in hands doesn’t result with significant operational or pricing changes – the base is fairly stable and oddly enough profitable.
So let’s look at the rumored suitors.  Facebook is a good fit and adding Skype is an upgrade that makes some sense. My only problem with Facebook is I’m not sure why they would need to acquire Skype to do it. A

Skype/Facebook deal has been in the works for a while, and both companies would benefit so there is mutual incentive already. Plus there are plenty of other VoIP services that Facebook could implement without buying Skype. I don’t think Skype needs the user base, nor the partnerships – so I am not a big fan of this deal.

However, I give it high confidence. Facebook can buy what it wants, and there is enough synergy (and it would piss off Google) that I can see them saying, WTF, buy it.

One tell-tale sign is T-Mobile’s Bobsled VoIP offering that was unveiled on Facebook a few weeks ago and then promptly taken away. The official reason was Bobsled was confused as a Facebook service instead of a T-Mobile service- that seemed very suspicious. Perhaps the real reason was it conflicted with Skype being the exclusive VoIP provider?

Google is a better fit than Facebook. Google does want the eyeballs, Skype just introduced advertising, Gchat and Google Voice together are not as clean as Skype, and I would think the Android team would be very interested in Skype Mobile. However, Google doesn’t seem that serious about voice, already has the key technology, and is adverse to client software. I think Google would be very interested, but not willing to pay top dollar for Skype.

Microsoft makes the most sense to me, but I see it as the most unlikely. First off, Skype is cool, almost as cool as Apple. Microsoft cool, so buying Skype could help with image alone – probably for not that much more than whatever they spent on those Seinfeld ads. But more importantly, Skype is an increasingly important tool that Microsoft does not have covered (MSN is no Skype).

Supposedly Microsoft is “all in” on the cloud. If Microsoft owned Skype, they could connect the service to its mobile devices, Xbox platform, hosted offerings, and Lync. It would give Microsoft a presence on many iPhones, IPads, and Macs; as well as Android and every other smartphone; plus a new revenue stream; and Skype could even take MSN off life support.

Lync is a great play with Skype. No enterprise telephony solution yet interconnects with Skype. Offering enterprises, some +600 million new people to reach with voice, video, IM, and/or desktop share. That’s +600 million users that no other enterprise phone system can communicate with beyond voice is great play. Microsoft is working hard to convince CIOs that Lync is special, unlike anything else, and Skype integration sweetens that story. It is unlikely Skype would integrate with Lync voluntarily. Even with common ownership, the theoretical integration with Avaya sure seems mythical to me.

Microsoft has already announced plans that Lync will be extended to the living room with Xbox, and to all the main smartphones shortly – but that is all b2b – home and remote workers. Skype helps that, but also offers a b2c or c2b play for Lync. Windows Phone also needs a relevancy boost, and although I’m not seeing it just yet, I am confident that Skype ownership could deliver said boost.

It is important to note that Skype and Lync 2010 client are actually very similar in functionality. A gateway between the two really does create a b2c play in a powerful way.

But it won’t happen.

There are lots of good reasons, but ultimately it is a very different business and Ballmer seems challenged enough with the businesses he supposedly understands. It is carrier-like and I don’t see Microsoft being in the carrier space. A JV or major stake might be more attractive.

I could see Verizon being very interested in Skype, but Skype currently flies under the carrier radar, and Verizon ownership might disrupt its entire business model. For example, carriers need to comply with rules like wiretapping for feds, and Skype doesn’t. A carrier makes inherently more sense, but its more dangerous.