Vonage has announced that its CEO for the past 6 years, Alan Masarek, will be stepping down. His replacement is Rory Read, new to Vonage and the enterprise communications industry. Of course, team Vonage and Alan are excited and optimistic about the change — personally, I’m a bit concerned. I’m afraid that Masarek leaving Vonage is on the scale of Jobs leaving Apple.

This has nothing to do with Mr. Read. I’ve never met him. 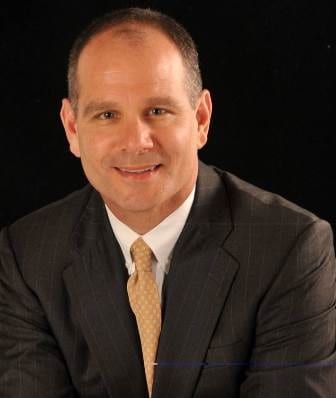 Alan is respected by industry and financial analysts, consultants, employees, and customers. He created what we know now as Vonage. Under his leadership, the company has made numerous transitions and transformations — often ahead of the industry. The story is transformation is done, it’s time to move to execution. That would be a great narrative if industry providers were done transforming.

Realistically, the transformation of enterprise communications will continue for the foreseeable future. I’ve enjoyed watching Masarek, and this 6+’ tall CEO is leaving behind big shoes to fill.

When I think about modern enterprise communications, only a few visionaries stand-out. I think of Gurdeep Singh Pall of Microsoft, and the role he played in educating us on how unified communications are different than traditional PBX technologies. I vividly remember keynote talks where he physically pushed away traditional concepts of communications.

After Gurdeep was Rowan Trollope at Cisco, who educated many of us on the importance of enterprise messaging apps. He, too, had carefully choreographed keynotes that showed how team-oriented messaging facilitates collaboration. Trollope presented Project Squared (which became Cisco Spark, which became Webex Teams) back in 2014. At that time, Slack was less than a year old, and Microsoft Teams wouldn’t make its debut for three more years.

Gurdeep has moved into a different sector, and Trollope is now focused on the contact center as CEO of Five9. That leaves an opening for visionary of broad enterprise communications, and Masarek is on a very short list of candidates. He has an impressive track record. Let’s take a look:

Through a combination of acquisitions, internal development, and partnerships, Masarek has led Vonage through several transformational changes. The first big change was to shift the company’s business model and targeted customers. Before he came to Vonage, the company was experiencing six years of consecutive declines in revenue as the consumer business evaporated. Masarek transitioned Vonage from consumer services to a provider of business communications. He acquired three BroadSoft partners to accelerate the transition: Telesphere, Simple Signal, and iCore Networks. Today, 75% of Vonage’s revenue comes from business customers.

In 2015, Masarek concluded that modern UCaaS requires an integration platform, so he acquired a startup called gUnify, which integrates to other cloud services such as GSuite and Salesforce. gUunify remains a core component of Vonage’s latest offers.

In 2016, Vonage made an even bolder move to expand into CPaaS with the acquisition of Nexmo for $230 million. This move — a UCaaS provider expanding into CPaaS — confused many. Vonage even saw its stock temporarily decline the day it announced the acquisition. Vonage “Smart Numbers” allows UCaaS customers unprecedented flexibility with programmable APIs.

The combination of UCaaS and CPaaS is not so strange any more. Today, many UCaaS providers have expanded their APIs and development toolkits, along with app stores for automated installation. Just last year, 8×8 acquired Wavecell, and Five9 acquired Whendu, along these same lines.

Building out the technology stack

Simultaneously, Masarek initiated efforts for Vonage to own and control the technologies it uses to create its services instead of relying solely on BroadSoft. This would allow it to control the experience the company delivered to its customers, though it certainly wasn’t clear at the time. Most of the UCaaS Magic Quadrant Leaders in 2017 utilized BroadSoft to create their services. Then, last year, we saw Gartner revise eligibility requirements for its UCaaS Magic Quadrant to include only providers that own and control their software.

In early 2018, the company launched Vonage Business Cloud (VBC) – which includes a team messaging capability. In 2019, Forrester made changes to its UCaaS Wave that made team messaging the highest weighted category.

Masarek continued with acquisitions as a tool for transformation. The company acquired NewVoiceMedia, a CCaaS solution tightly integrated to Salesforce, and one of the few solutions that appeared in both the U.S. and Western Europe 2019 CCaaS Magic Quadrants. Vonage also acquired Tok Box, which gave it one of the most mature WebRTC-based video conferencing applications and associated APIs. Last summer,  Vonage acquired AI assets from Over.ai.

In effect, Masarek has created one of the richest and broadest technology stacks in the industry. Today, Vonage is a leading UCaaS provider that fully owns and controls its own stack —  which includes UCaaS, video, messaging, CCaaS, and CPaaS, all strengthened by (internal and external) AI.

Being a visionary is no guarantee of success. Microsoft has completely revised its vision of enterprise communications, and all but abandoned Skype for Business. Slack and Microsoft have eclipsed Cisco’s early lead on messaging. Meanwhile, companies such as RingCentral have emerged as a dominant UCaaS force by focusing on execution, and initially filling gaps with partners to complete its portfolio.

Vonage isn’t perfect. Its portfolio has several overlapping services. They are behind on room systems, and there’s still acquisition evidence rather than a naively developed solution. However, I like how Masarek and Vonage continue to expand services, and defy industry norms.

The pandemic is changing the way we communicate and collaborate, and the pandemic is not over. We are seeing a rapid acceleration of cloud and work-from-home adoption. This includes UCaaS, CCaaS, meetings, messaging, and of course workflow changes that leverage communications APIs. We are going to see more transformation in the next few years than we saw in the past five. Led by Masarek, Vonage has emerged as a transformative trendsetter in enterprise communications.

The industry is going through some big changes. Over the past year we have seen leadership changes at Cisco Collaboration, Fuze, Microsoft Teams, Mitel, and Ribbon.

Mr. Read, his successor, served at Dell as the Chief Operating Executive and EVP of Dell Boomi. He also served as President and CEO of Virtustream. I do congratulate him, wish him the best of luck, and look forward to meeting.