It was inevitable that some organization would do this, and Facebook just might be able to pull it off. As many of you know, I generally ignore Facebook as a user (I do maintain a TalkingPointz page on Facebook), but I am intrigued by crypto currencies. Libra is not Facebook nor a crypto currency, but inspired by both. It has the potential to change the world more than any other crypto coin – or could fizzle into nothing. It will take years to know. 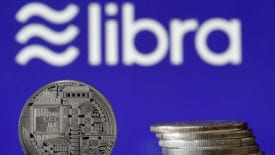 Let’s start with clearing some common misconceptions. The notion of a private, corporate currency is not new. Most airlines (miles) and credit cards (points) offer what’s effectively a centralized, private currency. Miles may not seem like a currency, but they can be traded for products and services, and additional miles can be purchased (traded) for dollars.

Libra is inspired by existing crypto currencies, but is something new, and arguably better. It addresses both the complexity and stability concerns that limit the appeal and adoption of crypto currencies. Facebook users will find it easier to use, and for many it may be more stable than alternative (fiat or crypto) currencies. Facebook is addressing complexity much like AOL did with email. It may not be the long term answer, but one that crosses the chasm. It actually breaks many of the crypto tenets (as AOL did with email) which has the coin sector up in arms. Facebook is effectively combining the client, server, and network functions into a single service (like AOL did with email).

Libra could emerge as a competitive threat to Bitcoin, other crypto currencies, AND national currencies. While governments around the world will have concerns about it, it’s not clear if or how to stop Facebook. The conversation and capabilities to block or regulate are greater in more developed countries, but Facebook is looking at Libra for for the world. It’s illegal in the US to compete with the post office (FedEx and UPS are federally approved), but there are no restrictions on creating a global currency. The hurdles will be around regulation, which is why Facebook has created oversight by a dozen respected companies. Nor is it clear if governments can make Libra illegal or even regulate it without also impacting other, non-offensive sectors such as prepaid gift cards, PayPal, Alipay, M-Pesa mobile payments, other cryptos, loyalty programs, and Western Union.

Facebook has architected something entirely new. It’s not quite distributed or centralized. It’s not a speculative vehicle. It’s built for cloud and mobile, and it’s reasonably efficient in terms of overhead and electricity. However, there are still many unanswered questions such as anonymity and if/how KYC rules pertain.

The big challenge (with any currency) is trust. Although the US dollar claims “In God We Trust,” it’s really about trusting the US government. The same government that came dangerously close to defaulting on debt service only a few years ago. Today, US debt is higher than ever which could risk the stability and trust it has earned. Facebook may not be trustworthy, but the company is technically savvy, global, and has contorted Libra to appear independent. Facebook only has to be more trustworthy than fiat currencies and banks, and that is not a high bar espieically in lesser developed countries.

Facebook intends that Libra will be useful outside of Facebook, WhatsApp, and Instagram. The company is reportedly also looking into developing ATM-like physical terminals for people to convert their money into Libra. While the West debates its usefulness and value, there’s a good chance Libra will see widespread adoption elsewhere. Libra really isn’t aimed at Americans (for now), as we have better alternatives.

There’s not much to say about how this pertains to enterprise communications — yet. Certainly, it brings messaging and commerce together (coincidentally like WeChat), but there isn’t much to do now other than watch Zuck get attacked. Take note that two telecom companies are charter members of the Libra Association: Iliad SA and Vodafone Group. Also, the contact center industry is racing to support Facebook Messenger and loves to accept whatever payment customers have. Libra has lots of disruptive potential that extends into wallets, websites, and could even obsolete things like PCI compliance.

Overall, I think Libra could be good. I like choice, and the US dollar has a monopoly on many aspects of my spending. It’s not particularly mobile-friendly, global, or optimized for e-commerce. The answer today is credit cards, but their associated issues such as meaningless signatures, chip-and-pin incompatibilities, fraud, and privacy concerns leave room for innovative competition.