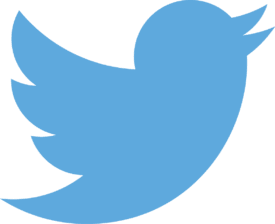 What’s fascinating to me is how effective Twitter is. I regularly meet and engage with people that I’ve never met and likely never would have met otherwise.

It is surprising to me just how effective Twitter can be at reaching and connecting with people. Twitter is more powerful than blogs or conferences in terms of reach.

Twitter is an entirely new channel that is still largely misunderstood. It completely bypasses conventional rules of engagement. It’s unlike anything that came before it. It is free, easy, instant, and global. In a word, Twitter is efficient. For example, it allows leaders and celebrities to directly reach and interact with the masses – from their phone in their home.

I’m not the only one to notice the power of Twitter. It’s regularly cited on the news, or how Mr. Trump has leveraged Twitter during this election:

Mr. Trump has mastered Twitter in a way no candidate for president ever has, unleashing and redefining its power as a tool of political promotion, distraction, score-settling and attack — and turning a 140-character task that other candidates farm out to young staff members into a centerpiece of his campaign.

While Mr. Trump can make headlines from the comfort of his home, it’s also available to executives to communicate their vision, likes, and priorities. Think about the top execs in technology, a short list might include:

This group of movers and shakers all happen to be active on Twitter.  Coincidence? Not really. While Twitter is just one tool, it’s an effective one that these techno-celebrities use to inform customers and other industry watchers on what they think is important. Twitter overcomes the internal bias that increases with each rung of the career ladder. Execs spend a large portion of their time managing internal priorities and overcoming internal obstacles. All organizations are filled with fires, deadlines, gossip, politics, and other dramas. While executives obviously interact with the outside world these communications get altered, filtered, and otherwise manipulated by internal forces – the entourage effect.

Twitter provides a direct, two-way path to the outside world.

While Cisco and Microsoft are on the list above, most of the UC leadership is socially inactive. Yes I know most companies have branded twitter accounts, and all UC companies have socially active staff. But there’s just not many UC executives that actively engage with Twitter.

The bar is low for “UC” but not for “collaboration.” There’s several Twitter rock stars in Collaboration. For example, Stewart Butterfield, CEO and Founder of Slack, has nearly 50k followers on Twitter.  Aaron Levie, CEO and Founder of Box, has nearly 200k followers on Twitter. Customers, prospects, and the industry as a whole look to executives like these to understand key issues in tech. Their voices on Twitter make them much more influential than CEOs at far larger firms.

Conversely, the industry of communications has very little to say. The executive leadership of Avaya, Mitel, NEC, Unify, Polycom, Interactive, and ShoreTel are mostly sitting on the social bench.

Some of the names above tweet personally and meaningfully, others just RT or favorite others which still reveals attitudes. The non-CEOs above are effectively the CEOs of their UC businesses. I did not recognize CEOs with inactive Twitter accounts.

There is risk to Tweeting. The two big ones are legal issues and blows to pride from hecklers. Neither of these are acceptable excuses for a CEO.

CEO should stand for chief engagement officer because these people must build public trust and interact with internal and external audiences. CEOs define their corporate mission, character, values, and goals. The best CEOs actively shape their firm’s corporate image.

Why do so many UC CEOs have nothing to say? I bet they are the same ones looking sideways at their CMOs and asking why the public doesn’t understand their vision.