I think the whole thing about James Damore and Google is misunderstood. Damore hit a nerve that touches the right, left, male, and female portions of our society in different ways., and everyone is screaming. But that’s not the point.

The short version is that Mr. Damore wrote something that offended many people, so Google fired him. 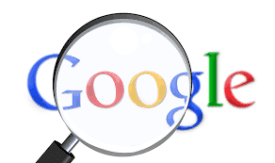 There’s lots of fascinating debate about what he wrote, and why he was terminated. But, let’s step away from the hornets’ nest and look at this differently.

Google was right to fire him (and Damore will likely be better off), but not because of what he wrote, but because he doesn’t belong at Google.

Damore was an outsider at Google. He felt the company to be an echo chamber and that his views were consistently different than the Google majority. We have all dealt with company programs or policies that we disagree with, but it appears that this is a frequent occurrence for Damore at Google.

This brings me to the business book Built to Last by Jim Collins. The book highlights common characteristics among several successful companies. One principle that makes visionary and bellwether companies different than others is that they have “cultlike cultures.” These companies are great in part because their employees buy into whole package that defines its mission and values. In this case, what makes an Google employee a “Googler.” Collins writes that “those who don’t fit the ideology are ejected like a virus (preserves the core).”

Damore appears to be a talented, educated, professional. He lasted four years at Google. Yet, he clearly didn’t fit. Under normal circumstances, he likely would have left much sooner. The shortage of programmers (male and female) probably created a bit of a shotgun marriage.

Is it fair to fire someone for not fitting-in? Absolutely, at least in California — an employment ‘at will’ state.

An at-will employee can be fired at any time, for any reason (except for a few specific ones such as race and religion). If the employer decides to let you go, that’s generally the end of your job. There are some nuances of this particular situation that complicates matters, but that’s what happens when viruses don’t get expelled, they fester.

There are many companies, I’m sure, where Damore would fit in just fine. Places where his essay may not be controversial at all. Google isn’t one of them, and either is my company.

Damore’s essay on lack of diversity at Google was the result of a Google diversity program. So, this suggests that Google knows it’s part of the problem, and was working to correct it. Google hires mostly men, but does deserve some credit for fostering tech giants Sheryl Sandberg, Marissa Mayer, and Susan Wojcicki,.

Diversity is a complex subject. We often think about diversity in terms of race, but it’s about ideas too. From what I gather, Damore did not get in trouble for using company computers and time to share his opinion, the issue was the opinion offended many. That’s a complex thing – how do you promote different ideas without risk of offending people? The answer, according to Google, is to create an environment of trust.

Google recently published its research on effective teams. It found that what really mattered was less about who is on the team, and more about how the team worked together.  It then listed, in order of importance, five criteria for building effective teams with the first being psychological safety.

Psychological safety refers to an individual’s perception of the consequences of taking an interpersonal risk or a belief that a team is safe for risk taking in the face of being seen as ignorant, incompetent, negative, or disruptive. In a team with high psychological safety, teammates feel safe to take risks around their team members. They feel confident that no one on the team will embarrass or punish anyone else for admitting a mistake, asking a question, or offering a new idea.

If you consider that Google was promoting this environment, along with the fact that Damore did not (seemingly) intend to distribute his essay outside the company, then firing him seems a bit extreme. But it wasn’t, more accurately it was just late.

This outcome likely was partially a result of the essay going viral and the timing being so soon after Uber’s demonstration of how bad things can be in hi-tech.

Google felt it necessary to take swift and permanent action. It was the right action, but unfortunately based on their own research it will reduce the productivity of its workforce.

I suspect that Damore will inadvertently cause great things to happen for women at Google and in technology in general. Heroes are sometimes accidental.

I also think we should create a holiday for Dr. Dao for his contributions (though inadvertent) toward improving air travel.