Recently I learned everything I know about Huawei. Ok, maybe a slight exaggeration, but not  by much. Huawei thrives just off my radar. Their UC products are not available in the US, and they don’t exhibit at many US events. To learn what I learned, I traveled to China – to Huawei’s annual Global Analyst Summit. It’s actually an annual event, but this is the first time I opted to attend and I’m glad I did. 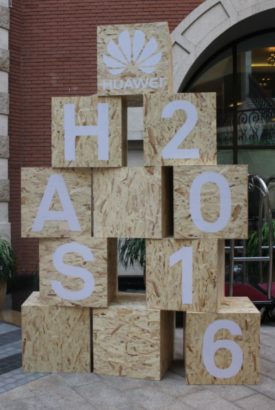 You can download a free TalkingPointz 2Pager on Huawei here.
(A slightly longer (4Pager?) is available to friends and family.)

A big thanks to Huawei for making the trip so worth while. It was actually two trips – the first was to Shenzhen for the actual summit – a huge event with something like 200 analysts from around the globe in attendance. Unfortunately, UC was barely uttered at this event. Afterwards several of us took a supplemental trip to Hangzhou for UC focused sessions at the UCC OpenLab.

See photos from the trip here.

I left China with conflicting thoughts on Huawei. First off one must respect the growth this company is experiencing. We don’t see 35% growth in many product companies –  especially in UC and never in companies of this size. Though a lot of that growth is outside UC. Huawei is booming largely because of mobility – LTE and smartphones.

The UC (and video) portfolio was impressive and broad. However, I have three concerns.