How to Sue Apple

I got this inquiry:

I decided to file my own small claims case against Apple & Tim Cook.  I would love to speak with you for any tips about the Touch Disease case as I am not a technical guy.  I just know that the phone went blank and I encountered the same problems everyone else did. 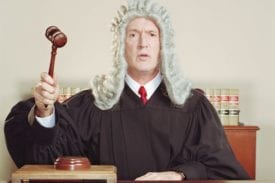 This was in reference to these posts: Apple Touch Disease, I will be Seeing Apple in Court, and I Beat Apple.

Apple plays hardball. They are like Disney: They are all soft and hip on the outside but when it comes to legal things they play hardball. You can win if you are prepared and have legal grounds.

They will not send a lawyer to small claims because it’s not big enough to be worth their time. They will send a manager and perhaps an area manager. In my experience these managers will be very self-confident and will just assume that the goodness of Apple will be self-apparent to the judge. That is, they will not be well prepared.

Do not expect them to settle or budge before the trial. In my experience they immediately took a hard line approach once I filed the small claims case. They would neither communicate nor be reasonable. I was instantly the “enemy” in their mind. The facts of the case didn’t matter. If I was willing to attack Apple I was the enemy.

You need to be able to present your case in 5~10 minutes. Be clear and don’t whine. Explain in a calm voice what the facts are to the judge. Explain why you have a right to what you are asking for. Expect Apple to defend themselves as follows:

With that said your defense should be adapted to your actual facts but something like this:

You have a decent enough chance of winning as long as you are reasonable, tried working with Apple, haven’t damaged the phone, and you just want it to work.

As for the lingering class action case, this works against you. You are probably a member of the class and as such the judge has been pre-empted and you probably do not have standing to independently sue Apple. So don’t bring this up. (If you don’t raise the issue, Apple likely won’t and the Judge won’t likely know.) There is no obligation to mention this in Small Claims. So don’t do it.

What you can do is to provide some anecdotal evidence that this is a widespread problem and you are not alone.

The victory against Apple is a sweet one! You should have seen the stunned look on the store manager’s and regional manager’s faces when the judge ruled against them. They were just dumbfounded that he didn’t see the glories and virtue of Apple.

Oh, one last thing…and this is an important one…

In small claims you cannot request the judge to compel action. You can only sue for monetary damages. The judge CANNOT order Apple to fix or replace the phone. He can only award a money damage.

So when he asks what you want, you can phrase it like this: “I want Apple to either fix the phone or else to refund me the purchase price of $X.xx”. Of course, he cannot compel them to fix the phone, but he can ask them if they would prefer to refund the money or to fix it and Apple CAN agree to fix it. So phrasing it this way leaves options open. What the Judge is really saying is: “If you don’t fix this phone you will refund it”. Apple will then have a choice. This option makes you seem reasonable and makes Apple seem unreasonable.

And, if the judge orders a refund you will be required to turn the phone in. Either be prepared to hand it in to Apple immediately right there or soon after the judgment. It is your responsibility to back up your data.

Apple then had 30 days to issue the refund. On day 28 the check showed up in the mail for the full refunded price plus sales tax plus the court filing fees.