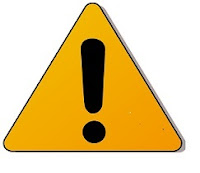 Boy are my arms tired. It has been a busy Spring – starting off with VoiceCon, then Google Atmosphere, Ecomm, and earlier this week UC Summit (next show is GlueCon).
I have a thick notepad of ideas to write about. New products, new people, and of course in depth critical analysis of this crazy industry. What is this industry? No clue. It isn’t equipment anymore – but calling it ‘the software industry’ certainly doesn’t help clarify things. It isn’t voice; presence, mobility, IM, custom APIs, collaboration, video, etc… even VoiceCon is changing its name. I’m not a big fan of the ‘UC’ moniker even though it is gaining traction (still no two people agree on its meaning). How about the UnPBX industry?
I’ve written quite a bit about the cloud, but I am tempted to delete it all. My views on the cloud have changed tremendously over the past month. At VoiceCon and UC Summit I was on cloud panels and it was evident my views changed over five weeks. This will be coming-out in more clarity in separate posts, but I no longer feel its a premise or cloud debate. The cloud is much more than how or where you get the proverbial dial tone. The cloud threatens the very notion of dial tone at all. Even if you go with all premise equipment, the cloud’s impact will be significant. Ecomm was just about nothing but cloud conversations… so much it rained. But Hosted Voice didn’t come up once.
Here are some quick hits about cloud telephony:

1) Cloud telephony and cloud computing are not the same thing. This really confused me. I’ve been applying many of the concepts and lessons from cloud computing to cloud telephony and they don’t all fit or work.
2) Hosted voice is just one form of cloud telephony – not the most interesting one, but the easiest one to grasp.
3) Cloud perceptions are very similar to VoIP perceptions a decade a ago. Very knowledgeable people are showing high levels of ignorance on this topic (it is unreliable, it is featureless, it is too expensive, etc.).
4) Hosted voice is going to explode.

There it is. The fourth point above is actually the point of this post. Not bad, it only took me 411 words to wrap up the introduction. (This is why I turned down a regular 500 word column on a major site).
There are unanimous and astonishing forecasts around the upcoming growth of hosted voice. The projections I’m seeing suggest growth figures unlike anything else in the UnPBX industry. It isn’t just one or two reports, it is numerous reports from organizations that are not known for agreement. The predictions are staggering based on a perfect storm of conditions:
Good News?
So if hosted voice is going to explode, so will the size and quantity of service providers offering hosted voice. Not a bad racket for the carriers delivering broadband services either. This is all good news. Particularly if you happen to sell equipment to service providers. Though it isn’t particularly great news if you happen to sell to end users (direct or via channel). And there lies the dilemma; what is an equipment maker to do? On the equipment side, that’s easy – repackage for service providers. Fortunately, this isn’t too complex (but isn’t trivial either). The system features to the end user and available endpoints don’t need to change much. The heavy lifting will be around provisioning, management, multi-tenant capacities/issues, scalability, licensing, and more as the criteria of the service provider business (efficiency) are different than the enterprise business (features).
An example of this is the recent introduction of a new concept in licensing; subscriptions. Several equipment makers are offering customers the ability to subscribe to their software instead of purchasing it. Since service providers generally bill monthly, the capital outlay for software licenses has a period of time until break-even. Subscription licensing allows the provider to subscribe monthly at wholesale rates. An interesting concept that I am sure will undergo rapid evolutionary tweaks as it matures. But all this is about the product itself, and I contend that’s the easy part.
The far bigger quagmire is distribution and the channel proposition. Equipment makers need to build, acquire, steal, or bypass a (new) service provider focused channel. But channels are delicate things – and involve a multi-phase mating ritual that is complex enough when the business model is understood. Building a new channel is not trivial – particularly when it stands to threaten existing channels. But before a new channel can be created, the manufacturers need to first determine who is doing the hosting? Some manufacturers are exploring self hosting strategies – others are counting on the channel to create hosted offerings with their brands and technologies.
At first glance it might seem logical that each manufacturer will want to create their own hosted offering. That is the only way to ensure the exact brand of hosting technology that gets implemented. This goes back to what industry is this? Software companies are not service providers – or are they? What is Salesforce.com? What is Apple? What is Google? There is no doubt that some solution makers will transition into hosting. But then what? Are they going to build a channel of agents to sell seats or build a channel of resellers of a wholesale offering?
Then there are those that won’t get into hosting directly and instead woo providers to adopt their technology. Providers come in all sizes – from the local “Two Guys and a Server” down the street to Verizon. When does a service provider become a carrier I’m not sure, but carriers need to be examining this too from a totally different perspective. But all those same pesky questions about channel still need attention. Is this a channel play or a direct play? Should the hosted offering be positioned to complement on premise equipment with additional applications and disaster recovery services or positioned as an alternative to premise equipment? Assuming a channel is desired, how will manufacturers target potential providers or determine their qualifications? What “dealer” benefits does a provider get? How will channel conflict be managed between other dealers and/or potentially a direct force?
That’s a lot of questions, and not very many answers. This is a very confusing time – there are too many moving parts. Luckily, the parts move slowly. All of the above is taking place with varying degrees of caution and confidence. I hear a lot of “trials” taking place. The bottom line is we are entering a new phase of hosted voice – one that I call hosted. 2.0.
Hosted 1.0 is nearly a decade old, and carried with it a number of assumptions. Hosted 1.0 was dominated by (what became) Broadsoft and Asterisk, and SIP endpoints largely dominated by Polycom. The phone-top features were pretty basic with advanced features accessed by a computer desktop GUI. The bandwidth building blocks were primarily 1.5 Mpbs circuits. Hosted 2.0 will change the model. It will rely more on MPLS and faster port speeds. The solution menu will be expanded to include the traditional enterprise players with repackaged offerings that leverage additional capabilities of proprietary phones. The features will be far broader than dial tone including presence, video, and customization capabilities. Hosted 2.0 will embrace the cell phone stronger than the industry has yet seen. Speaking of mobile phones… watch the virtual phone number space too. But perhaps the biggest change of all that hosted 2.0 will bring is much larger implementations. Hosted 2.0 has its sites on the enterprise.
Hosted 2.0 is not what most people think when they hear “hosted voice”. And the channel is in for a big surprise. The channel actually held together surprisingly well as the industry moved from boxes to licenses – but the transition from licenses to services won’t be as gentle. Stay tuned.